Posted About Seven Years Ago by Jean Gallup 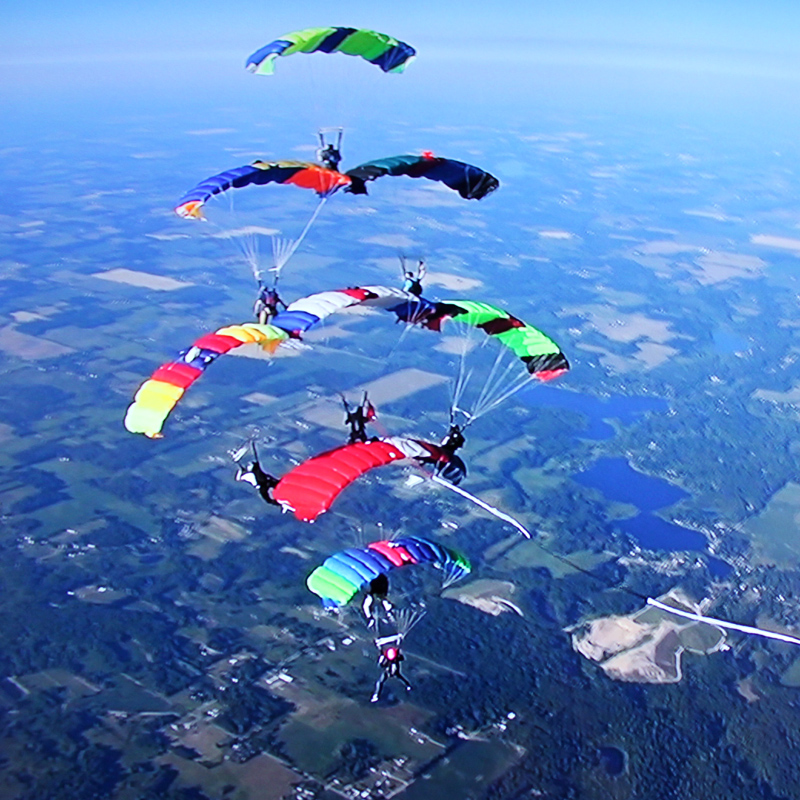 The Hastings City Barry County Airport was the site of a Skydive Hastings event for some 150 skydivers over four days this weekend, ending today. Skydivers from Indiana, Illinois. Ontario Canada, Texas, Florida, British Columbia, Ohio and other states were attracted to the occasion.

It’s called a “Boogie,” defined as a gathering of skydivers usually focused on fun rather than competition. Skydivers also call parachutes canopies.  Andy Draminski, from Jackson, and a member of the Raw Dogs, is a group instructor of the various subsets of skydiving at such events; basic free flying; swooping, tandem, wingsurfing and canopy relative work.

In a small room at the airport Draminski holds classes; a large television screen shows skydivers practicing formation skydiving over Hastings the previous day. In another room, workers add names to a large blackboard that keeps track of events and competitions such as accuracy challenges in precision landing.

Late Saturday afternoon, a skydiver’s primary parachute failed to open, causing concern for a time. The reserve parachute had opened and the diver landed safely in the trees off the main course. “That’s what it is designed to do,” Draminski said of the reserve chute. “It’s not really a big deal for experienced sky divers. Our biggest problem was getting the parachute out of the tree.” 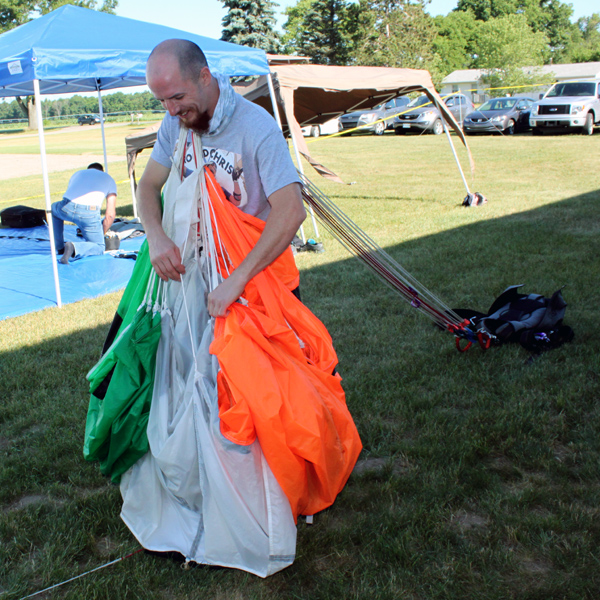 ( left) Brandon Burns from Skydive Tecumseh packs his chute. A newcomer to skydiving, Burns has logged 130 jumps since he began in 2014.