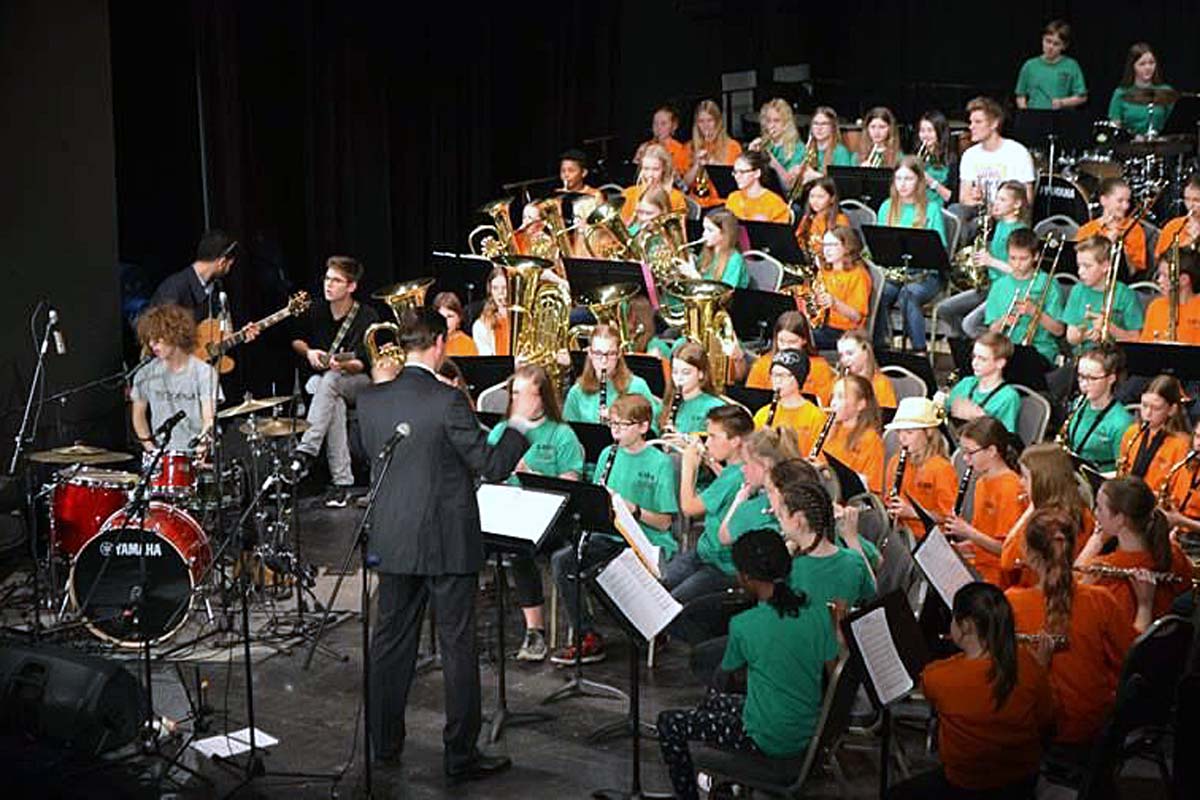 The Band will present a performance on Wednesday, July 26, at 7 p.m. at the First Baptist Church, 5215 M-37 Highway, north of Middleville. An Ice Cream Social will follow the concert to greet the conductor and performers.

Hailing from the Schleswig-Holstein province of northern Germany, the group, conducted by Matthias Heidenrich, includes 54 youth, ages 13-19, and five adult staff/instructors, for a total of 59 guests who will stay with Middleville area families.

Dedicated to promoting peace and understanding through the universal language of the arts, the Blue Lake International Exchange Program began in 1969.

Since then, more than 15,000 high school musicians have been hosted in 900 European communities while nearly 10,000 members of European bands, orchestras, choirs and other groups have toured communities throughout the Midwest. //

Some 1,500 students apply for the Blue Lake International Exchange Program each year. Three hundred and fifty are selected to participate in one of seven performing groups of the International European touring ensembles.

In return, nearly 10,000 members of 550 European bands, orchestras, choirs, dance and theatre groups have performed in communities throughout Michigan and the Midwest.

While touring the United States, more than 300 families in 35 Michigan communities have hosted members of eight European groups that have visited Michigan, Ohio, Indiana, Illinois and Wisconsin.

Photo: The GHO Symphonic Band, being led by Matthias Heidenrich, will perform in Middleville on July 26.