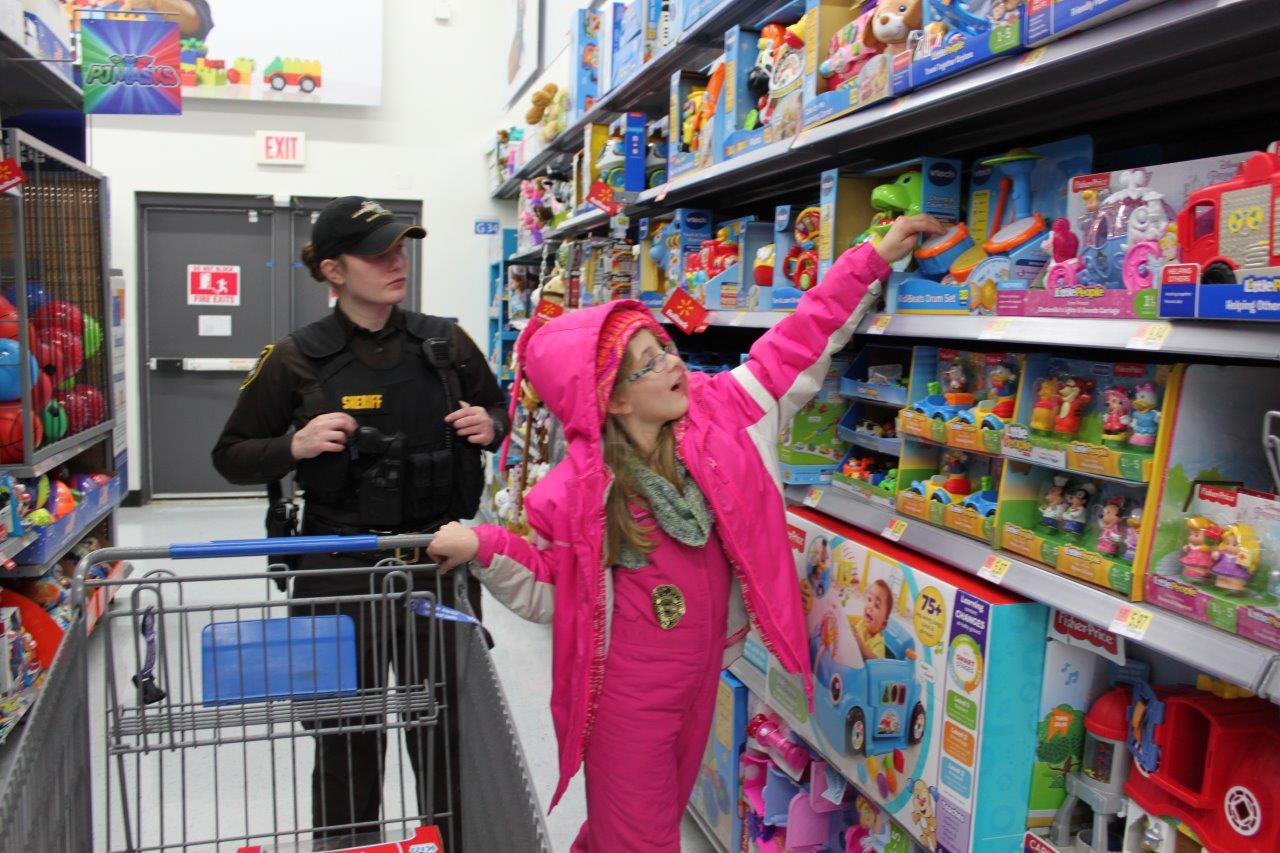 There were the usual amount of kids at Wal-Mart over the last few days, but instead of parents, many of the children were with a law enforcement officer.

The area school students were part of the “Shop with a Cop” program, armed with gift certificates from Wal-Mart, going up and down aisles and buying Christmas gifts for family members. Hastings Police officers, Barry County Sheriff’s deputies and some 25 kids were delivered to the store Tuesday by the Holly Trolley after enjoying snacks and crafts at the Community Center.

The officers and deputies were watching, answering questions, and keeping a running total of the cost of gifts as the kids made their selections. Some knew exactly what they wanted; others took a little longer to decide. All were serious shoppers. 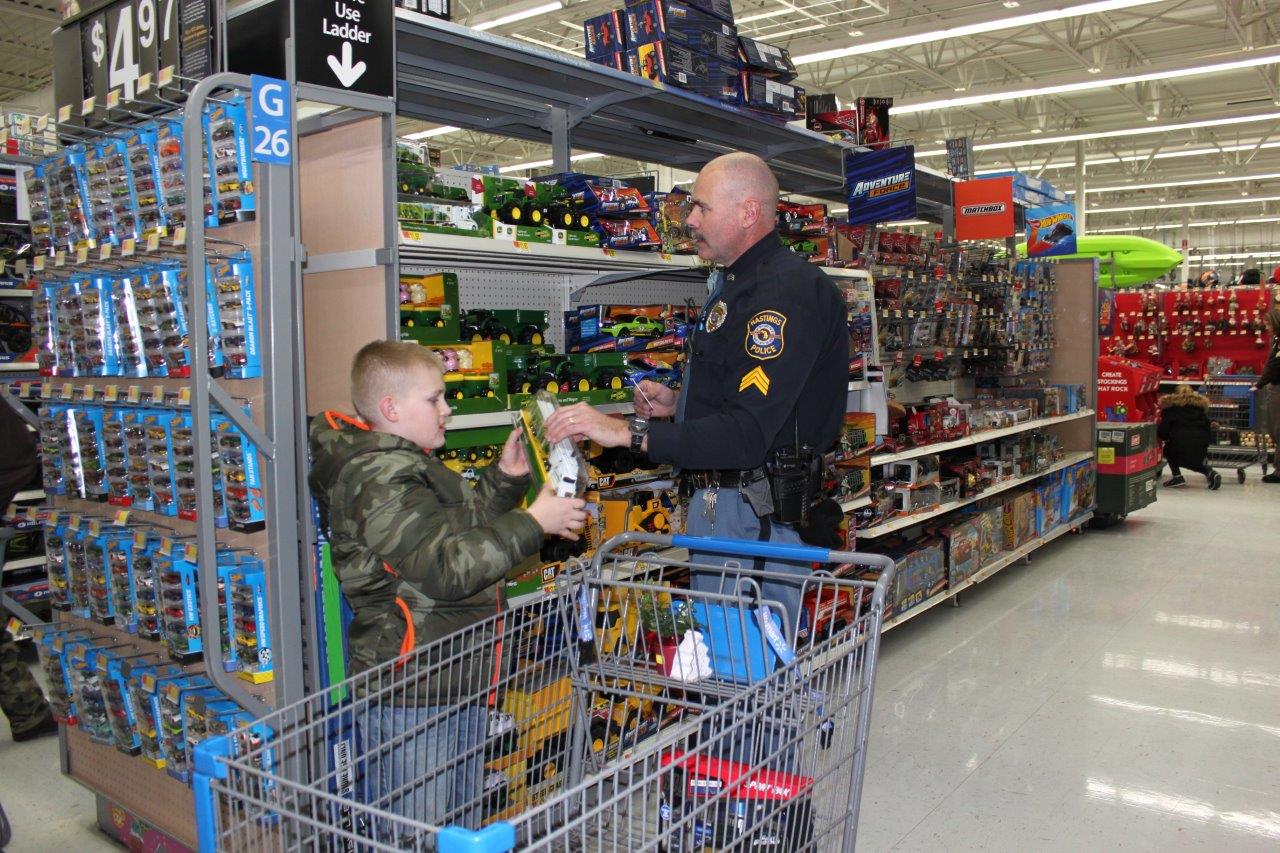 After choosing the gifts and “paying” for them, Wal-Mart supplied the gift wrapping and the kids wrapped them, with help from officers if needed.

Children with Michigan State Troopers and DNR Conservation Officers were seen at Wal-Mart on Wednesday. 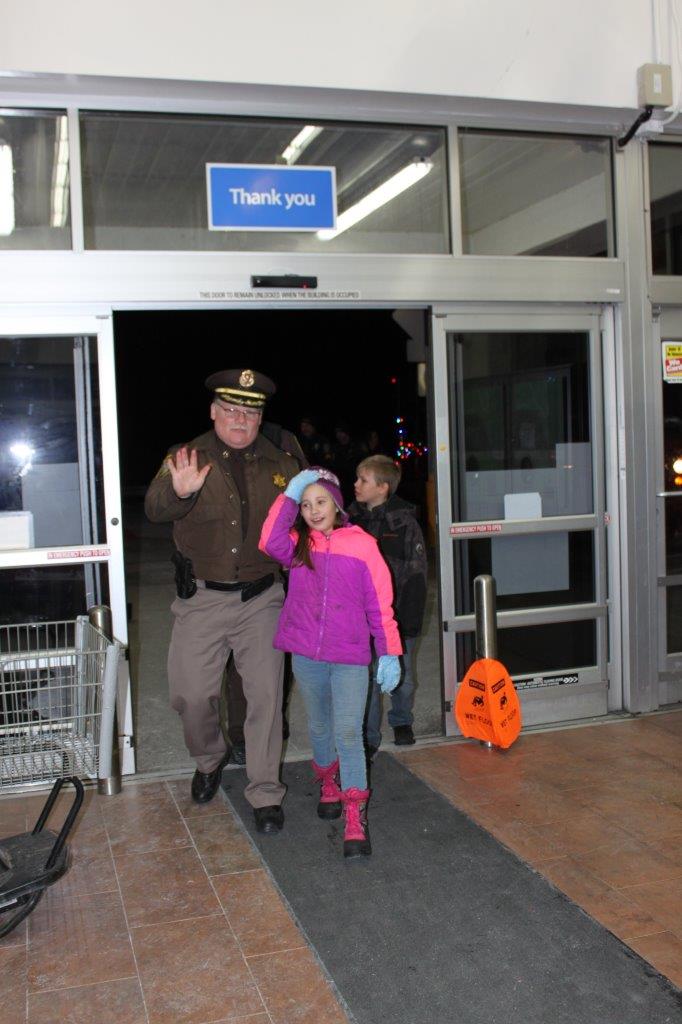 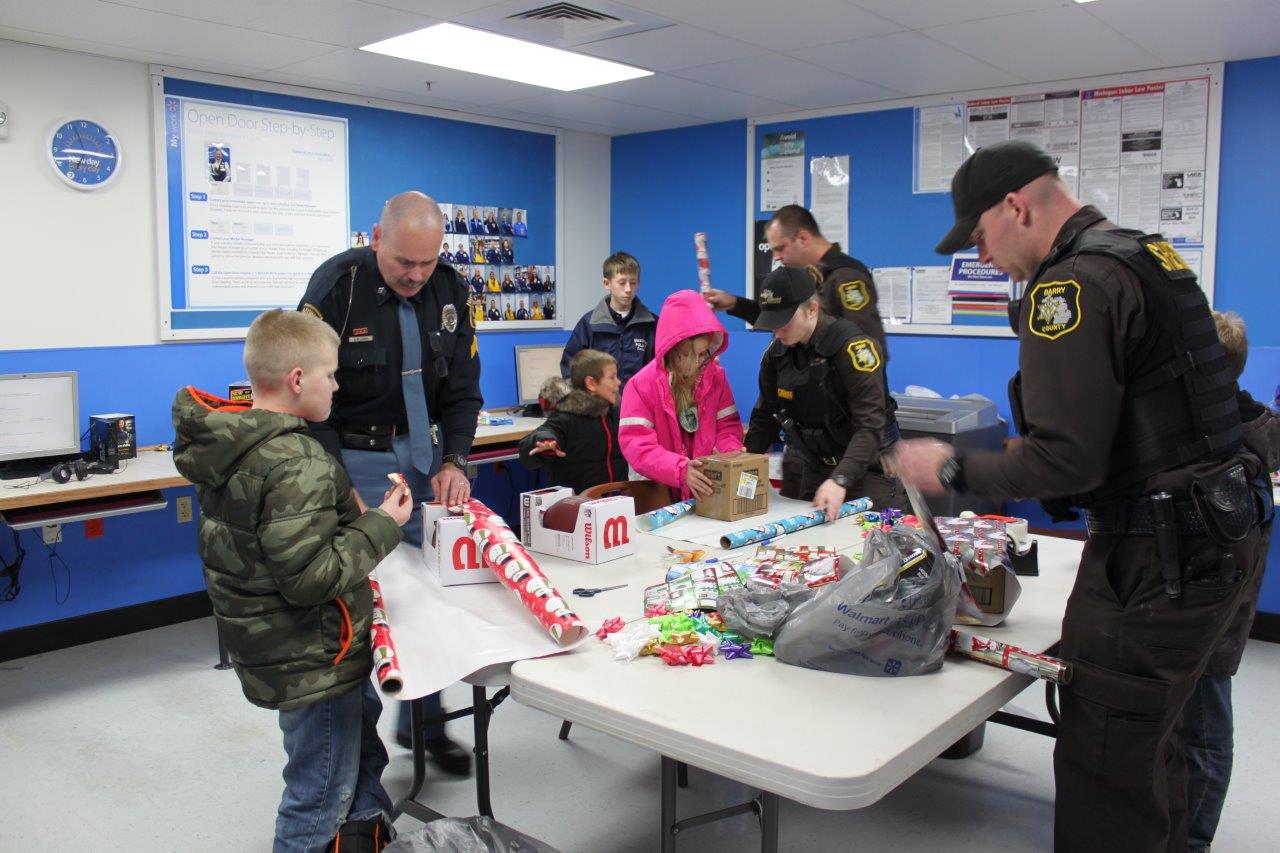 Photos: (upper left) Sara Snider, 10, from Page Elementary, spots the toy pointed out by Barry County Deputy Rose O’Grady who notes it only cost $9.87 and is as great as one that costs $20.

(lower right) Christmas gifts selected, the children wrap their gifts or get help from their “cop.”