The Allegan County Sheriff’s Office K9 Lajki has received a bullet and stab protective vest thanks to Vested Interest in K9s, Inc.

K9 Lajki, with the sheriff’s office for a year, is a 26-month-old German Shephard handled by Deputy Mike Martin. The K9 has already located illegal drugs on several occasions and made several successful tracks. Lajki also spends time in schools and at community events interacting with the public.

“The vest received from Vested Interest will be a great asset for the safety of Lajki.  The Allegan County Sheriff’s Office is very thankful,” Martin said. The sheriff’s office has four teams in the Deputy/K9 Unit.

The donation for one protective vest is $950. Each is valued between $1,744 and $2,283, has a five-year warranty and an average weight of four to five pounds. There are an estimated 30,000 law enforcement K9s in the United States. The program is open to dogs actively employed in the U.S. with law enforcement or related agencies who are certified and at least 20 months old including new K9 graduates and K9s with expired vests.//

Established in 2009, the non-profit has provided more than 2,800 protective vests in 50 states, through private and corporate donations, at a cost of more than $2.4 million dollars.

The vest from anonymous sponsor is embroidered with the sentiment, “This gift of protection provided by Vested Interest in K9s, Inc.” 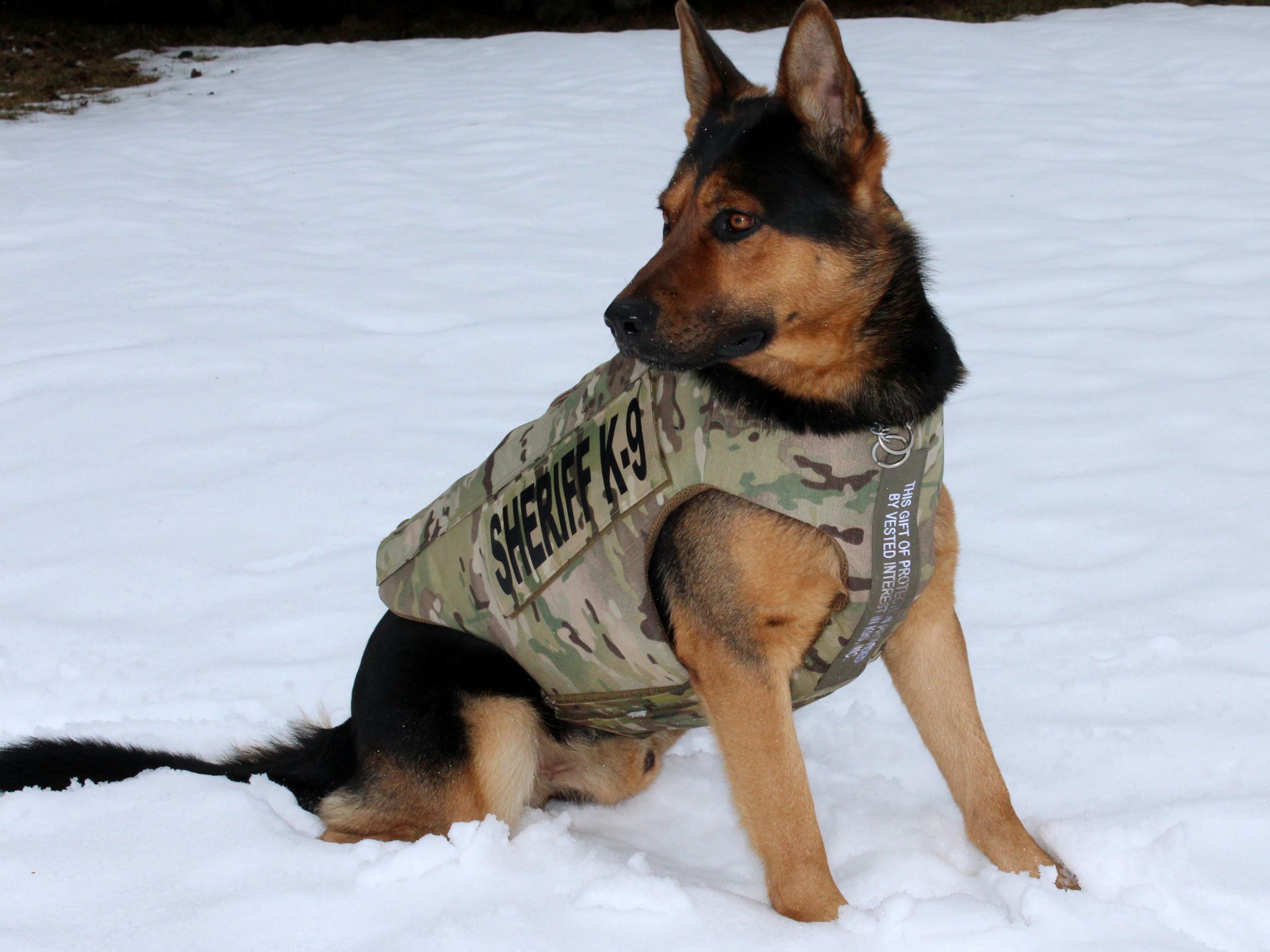