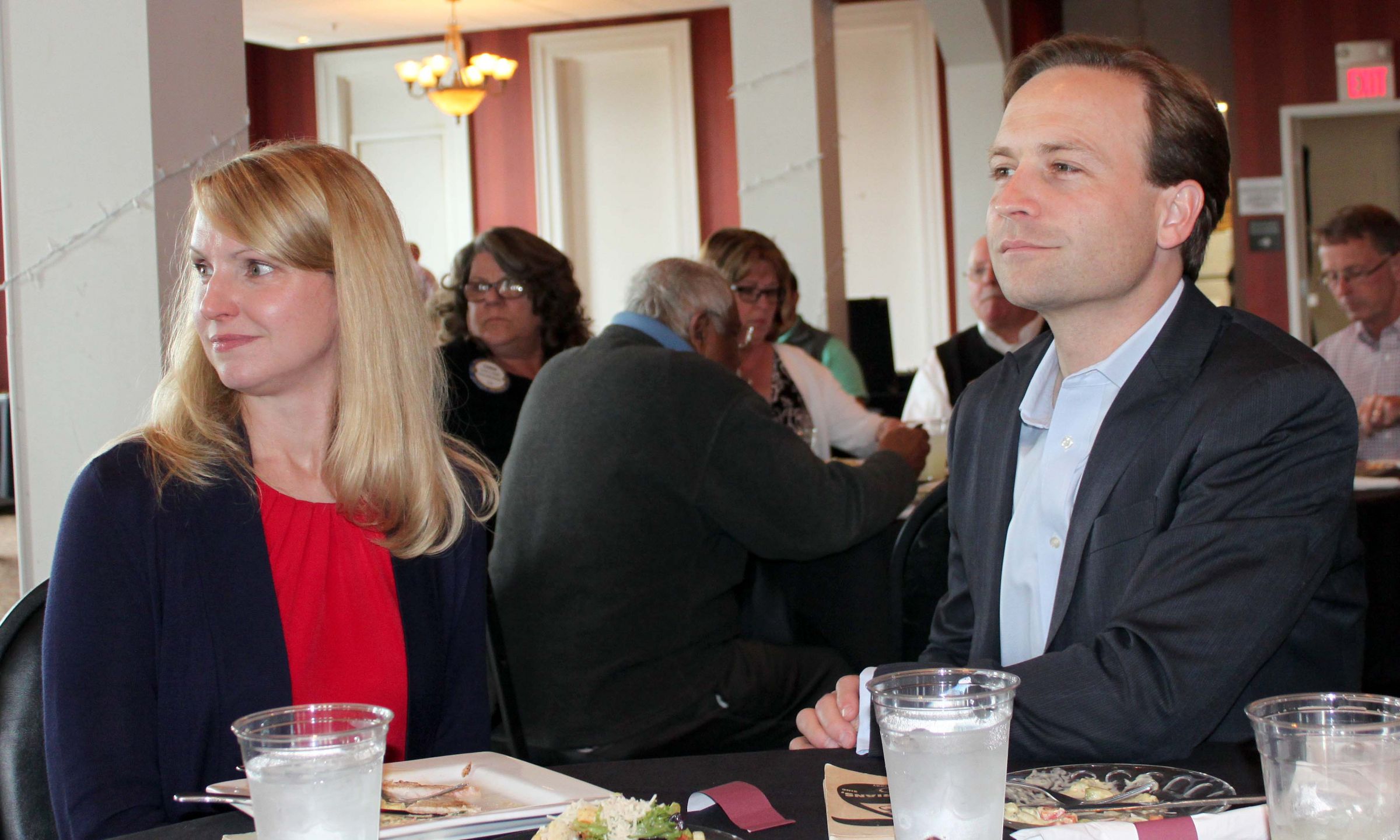 Lt. Governor Brian Calley and his wife, 87th District Rep. Julie Calley seldom make joint appearances and have never even ridden to work together. Given their working in the legislature in Lansing while raising three young children, they quipped they considered the Hastings Rotary Club lunch visit Monday, “a date.”

Brian Calley, who is running for Governor, had a lighthearted approach in his talk, but dealt with serious issues. He points to statistics that show Michigan is in a better place than in the early 1990s when many, “thought our state was on the wrong path…our state was not doing well.”

Balancing the budget, paying down the debt, setting firm priorities and working to improve the City of Detroit helped push the state’s revival, he said.

With 540,000 new jobs created and filled, placing in the Top Ten states in income growth, inbound migration of young people 25 to 35, and a 17-year low in the unemployment rate are all markers of success in reinventing the state. But there's more to do, he said. Promoting skilled trades is one.

In the next six years, Michigan will need 800,000 people to work in health, information technology and skilled trades fields. There are many tracks to a life-long career, he said. “There are a lot of jobs that provide a very high income that are easy to get into.” 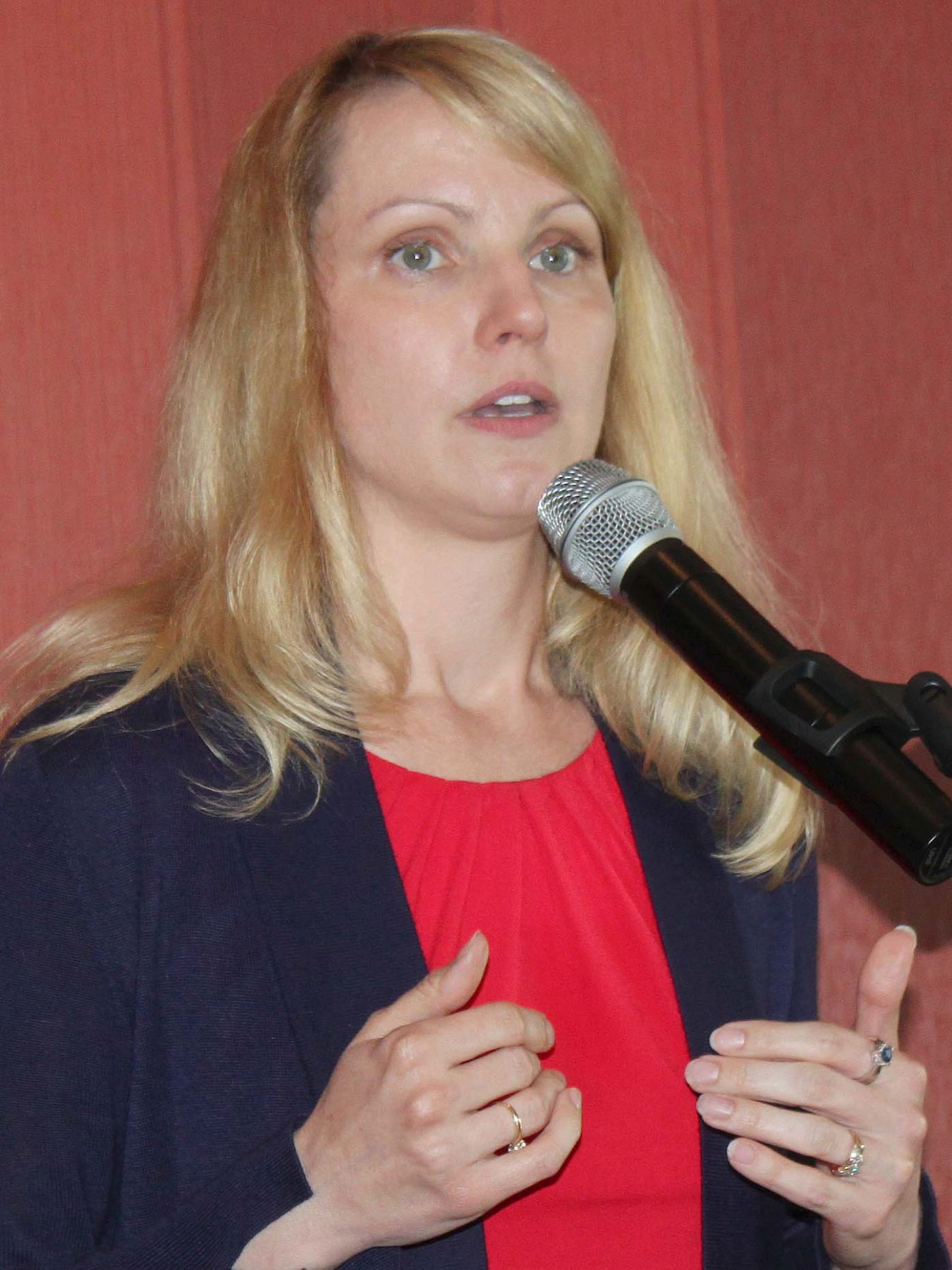 Political divisiveness in politics today is rampant, he said, especially ridiculous is the, ‘I will fight for you’ mantra. “People brag about fighting in politics. Why not say they will work hard to make a difference?’”

His three points during his run for governor include continuing the state’s comeback by building on the foundation that’s here and not making change for change’s sake, having a candidate who can win an election and a real plan for education and economic development.  “Our people make real plans for real results.”

In her remarks, Julie said her priorities are car insurance reform, roads, getting rid of the debt, broadband for rural areas, and economic activity in rural communities.

This year is the first year for full funding from a gas tax and fee increase from January 2017 with an additional $175 millon added to the funding for this year, she said.  She cautioned that undoing 30 years of neglect won’t be done in months.

One thing that she didn’t expect in the legislature was how entangled bills get. A bill with several large reforms doesn’t get done because everyone wants to add to or take something away.

Leadership has said they will only do what benefits the taxpayers: “real savings for real families,” she said. She asked the audience to, “continue being vocal for all of us.” 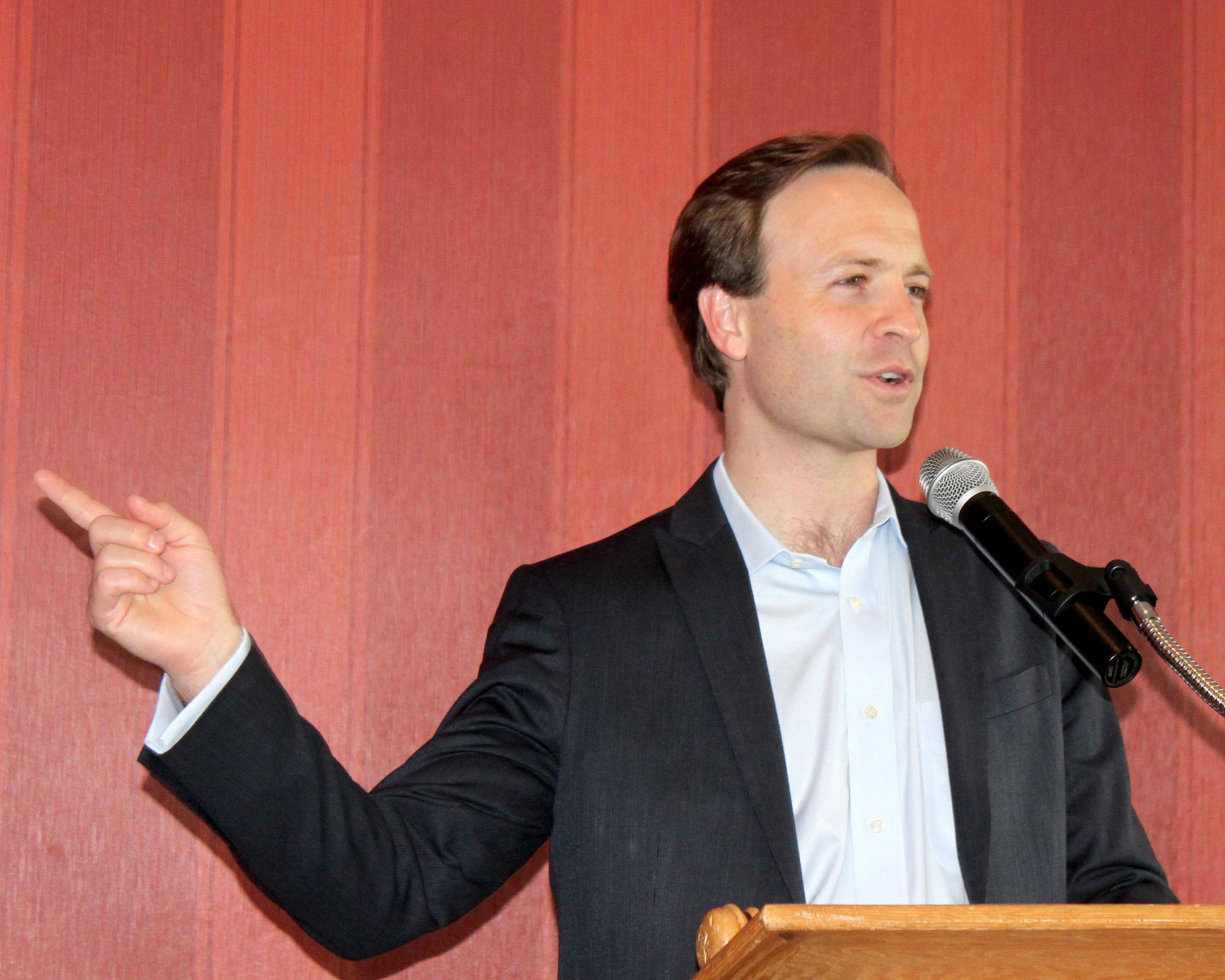 Brian Calley has a background in banking; he was on the Ionia County Commission before he was elected to the 87th District rep in 2006 for two terms. He has a degree in business administration from Grand Valley State University.

Julie Calley has a degree in business management and a background in real estate management. She served eight years on the Ionia County Commission before being elected to the House of Representatives in 2016.  The Calleys live in Portland.