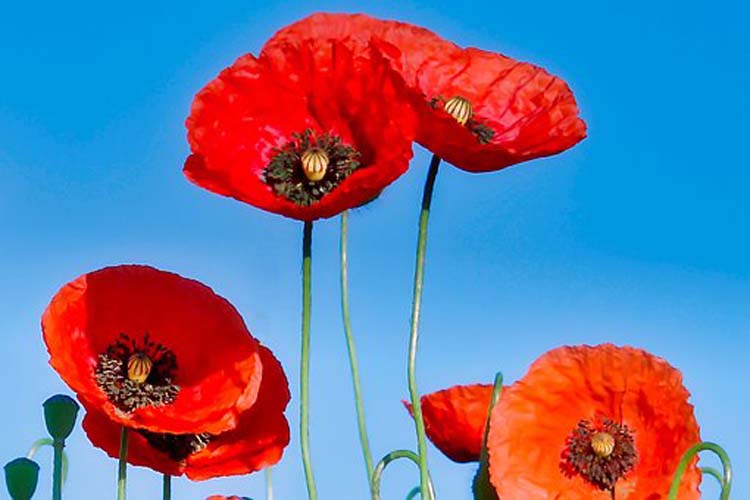 Post members will be at the entrances of Hastings businesses during Poppy Days, offering red poppies to the public as a way to remember the men and women who served and those who have died for their country. They do not sell them, but donations are welcome.

Mayor Dave Tossava read the proclamation which said the poppy is an international symbol of the sacrifice of lives in war, and the hope that none died in vain.

It was inspired by a poem written during WWI by Lt. Col. John McCrea, a Canadian physician and artillery commander who was appointed medical officer and major of the 1st Brigade, Canadian Field Artillery.

McCrea treated the wounded during the second Battle of Ypres, and wrote the poem after a young soldier friend was killed during the early days of the battle. McCrea was moved by the red poppies at a cemetery; the only plants to grow on otherwise barren battlefields.

After his poem about the military cemetery Flanders Fields, the red poppies came to symbolize the blood shed during battle (see below).

The American Legion Auxiliary is the world's largest women's patriotic service organization, with membership of three-quarter million women directly related to a veteran who served during a time of U.S. declared war or conflict, Tossava read.

The Legion’s mission to serve veterans, the military and their families is carried out through the outreach program services delivered by its members volunteering in more than 9,000 communities for the past 97 years.

In Flanders Fields the poppies blow
Between the crosses, row on row,

That mark our place; and in the sky
The larks, still bravely singing, fly

Scarce heard amid the guns below.

We are the Dead. Short days ago
We lived, felt dawn, saw sunset glow,
Loved and were loved, and now we lie
In Flanders Fields.

Take up our quarrel with the foe:
To you from failing hands we throw
The torch; be yours to hold it high.

If ye break faith with us who die
We shall not sleep, though poppies grow
In Flanders Fields.