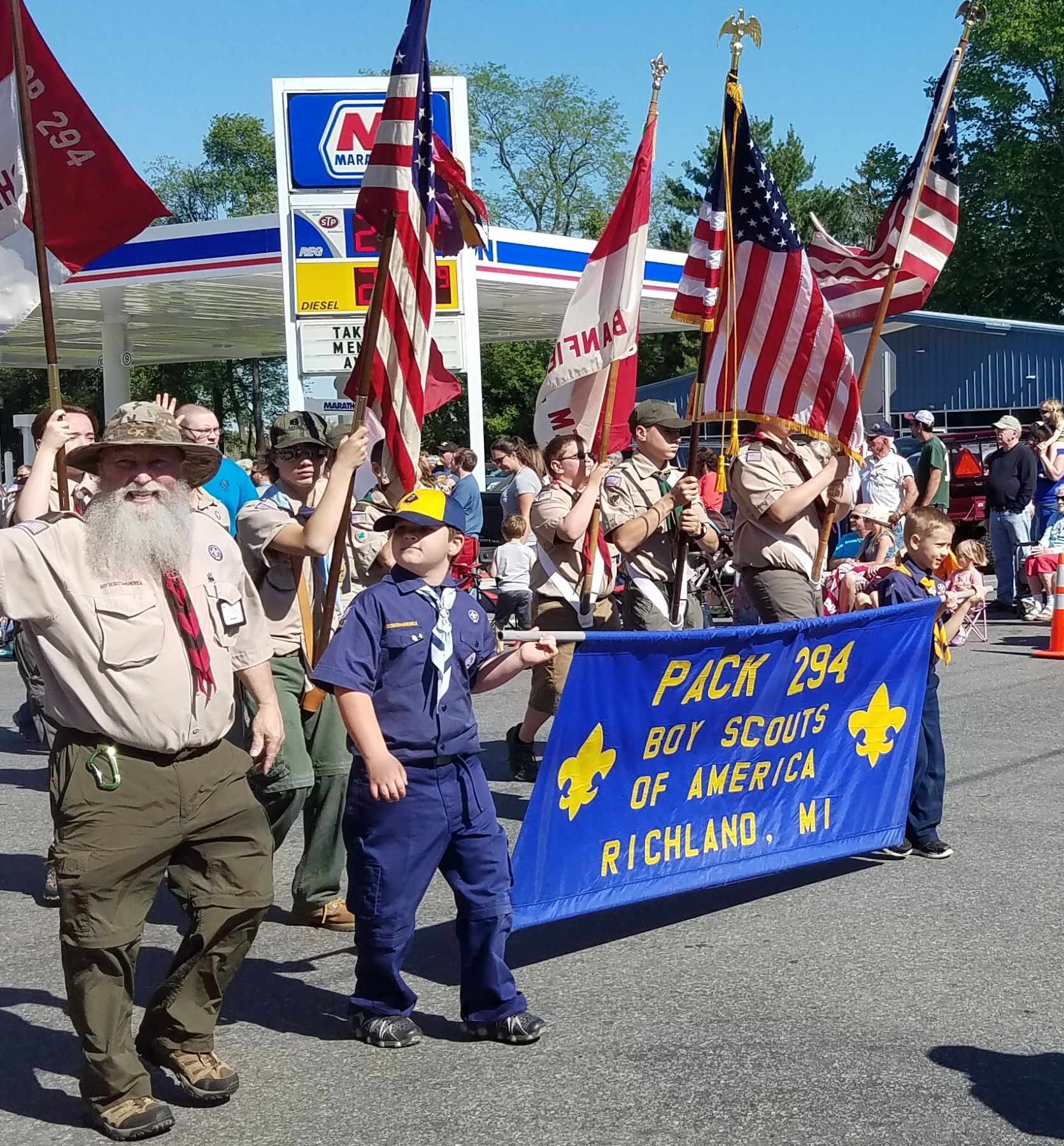 Most communities hold parades and other observances on or near Memorial Day to celebrate the country’s veterans, with special honor shown to those who sacrificed their lives for their country.  A list of some of the ceremonies follows.

The Hickory Corners Memorial Day Parade will be Monday, May 28 at 10 a.m. sharp at Cadwallader Park.

The Hastings American Legion Post 45 annual Memorial Day Parade is May 28 starting at 9:30 a.m. at the comer of Boltwood and State streets.

Middleville’s Memorial Day Parade steps off from new starting point on State Street on May 28 at 10:30 a.m.

Caledonia’s Memorial Day Parade will start at noon in the village on May 28.

A Memorial Day Parade at Clarksville will step off at 8:30 a.m. with visits to three cemeteries to follow.

Orangeville Township celebrates all veterans Sunday, May 27 at 2 p.m. at the Veteran’s Memorial at the township hall, 7350 Lindsey Road. 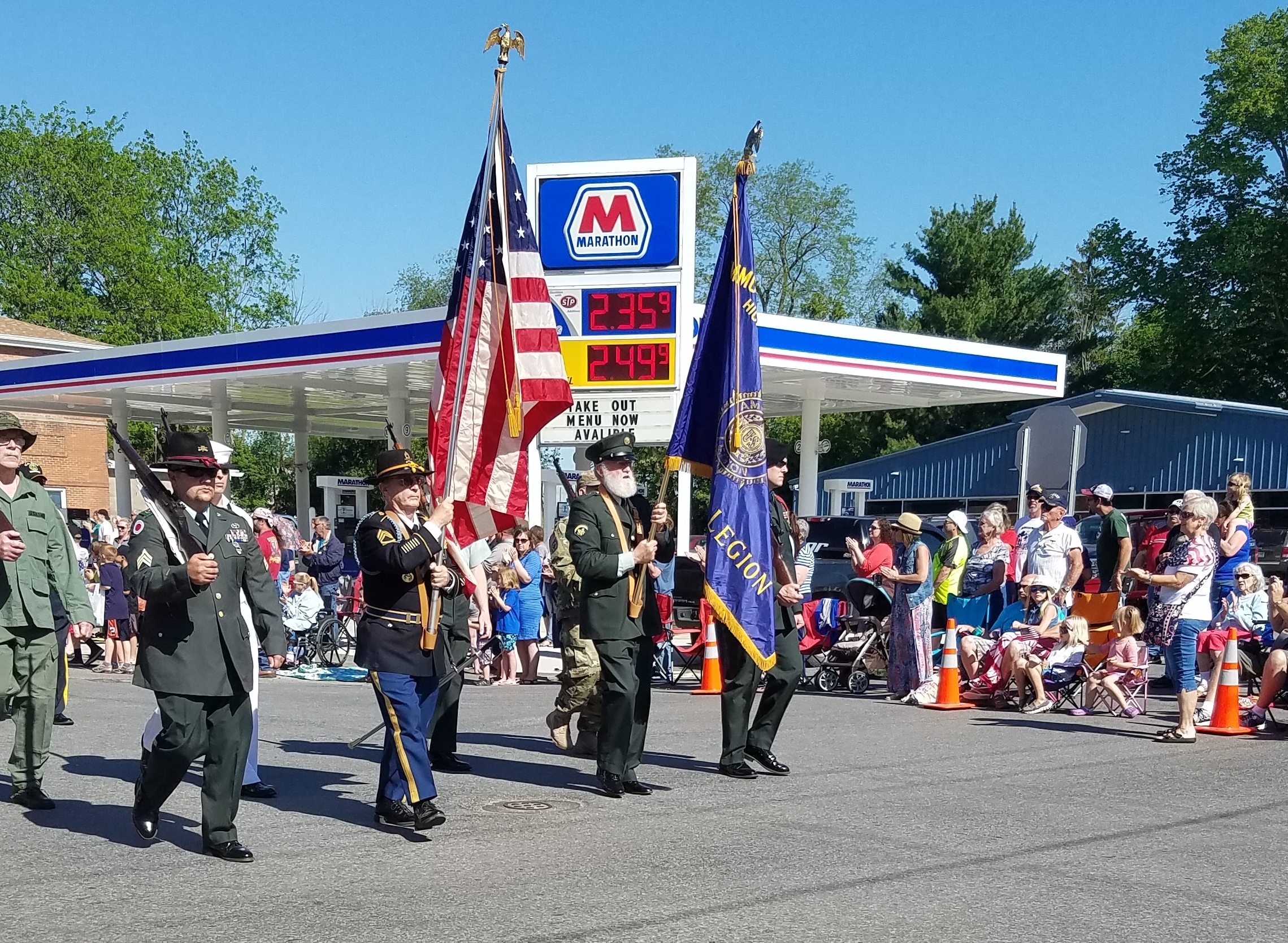 The Hickory Corners Memorial Day Parade. which has been held for more than 60 years. will be Monday, May 28 at 10 a.m. sharp.  The procession starts at Cadwallader Park, proceeds through town and ends at the East Hickory Corners Cemetery with memorial services honoring departed comrades. Guest speaker is Col. Daniel J. Whipple, Battle Creek Air National Guard Base. The Simmonds-Williams American Legion Post 484 holds a Chicken BBQ immediately after the ceremony. The morning starts with a pancake breakfast at the Hickory Corners Fire Department from 7 a.m. to 9:30 a.m. The parade usually has 125 to 150 participants, with the Shriner’s Mini-Ts and the Gull Lake and Delton High School bands.

“This is a wonderful parade and one that has taken place for over 60 years.  Each year, the parade gets larger and larger.  Besides the highlights above, we have several tractors, horses/carriages, fire trucks from several surrounding fire departments, floats, classic cars, Boy/Girl Scout Troops, 4-H Participants and local children on their decorated bikes.  There are also a few hundred spectators that come to see our parade!” said Parade coordinator Chris Reed.

The Hastings American Legion Post 45 annual Memorial Day Parade is May 28 at 9:30 a.m.

Starting at the comer of Boltwood and State streets, the marchers will proceed to North Broadway to the Veterans' Memorial where two wreaths will be placed, one honoring all veterans and one a POW- MIA wreath. A new DAV monument will be dedicated. A rifle salute will be followed by TAPS.

At the bridge over the Thornapple River, a wreath will be placed in the waters to honor those who served on and under the seas. The honor guard will fire a rifle salute, followed by TAPS. Riverside Cemetery will be the final stop at the GAR Monument at the end of the Avenue of Flags where memorial ceremonies will be held. The grave of the most recently buried veteran at the cemetery will receive the final wreath and honors of the event.

Middleville’s 61st Memorial Day Parade, sponsored  by the Middleville Lions Club, will step off from State Street on May 28 at 10:30 a.m., travel through the village to Mt. Hope Cemetery for services honoring all veterans and fallen heroes for their sacrifice, ending with a 21-rifle salute and the playing of Taps. Gold Star families will be honored and all area veterans are invited to ride the veteran’s bus, boarding at 9:45 a.m. at 20 State Street. The Grand Marshal is honored veteran Cpl. Rose (LaBin) Canton, U.S. Marines; special parade guest is Cpl. Josh Hoffman, U.S. Marines. Look for a civilian flyover by the Hastings Flying Club. For questions or the full list up of events, call 269-795-9286 or 269-953-3373

Caledonia’s Memorial Day Parade will start at noon in the village on May 28.  Ceremonies include American Legion Caledonia Memorial Post 305 members visiting five cemeteries with short services at each; Alaska at 9 a.m., Blain at 9:45 a.m., Dutton at 10:30 a.m., Holy Corners at 11:15 a.m. and Caledonia at noon.

The Nashville Memorial Day Parade begins at Putnam Park at 11 a.m. travels through the village to Sherman Street, then to Lakeside Cemetery for a short ceremony to honor all of America’s veterans.

Yankee Springs Township will honor the nation’s fallen heroes as well as all veterans with a short service on Sunday, May 27 at 4:30 p.m. at the Yankee Springs Fire Station.

Orangeville Township celebrates all veterans who served in all wars on Sunday, May 27 at 2 p.m. at the Veteran’s Memorial at the township hall, 7350 Lindsey Road.  Following a welcome and invocation, the Pledge of Allegiance is recited and patriotic tunes performed by the Delton High School Band. Several speakers are featured during the approximately 45-minute event.

In the Deceased Honor Roll, the name of every man and woman from Orangeville Township who served their country from the Civil War to the Afghanistan and Iraq wars is read aloud.

Wayland’s Memorial Day parade entrants line up on Dahlia Street at 10:30 a.m.; walker’s line up before 10:40 a.m. in the field across from the Michigan State Police Post on North Main Street to step off at 11 a.m.  The procession  makes its way through the city to Wayland VFW Post 7581 at 753 South Main Street. The public is invited to a luncheon after the parade. 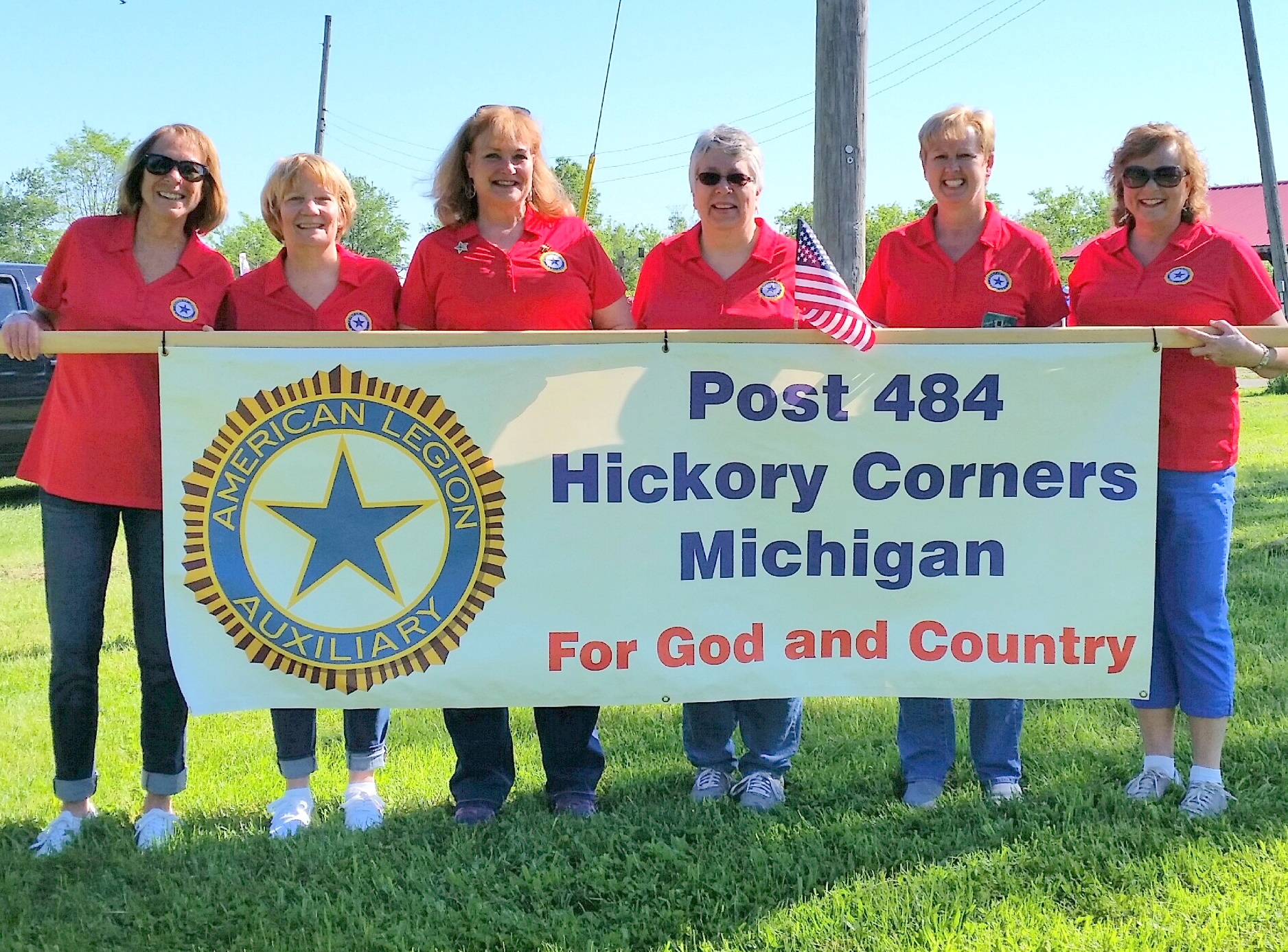 Photos: Three file photos of a Memorial Day Parade in Hickory Corners show a colorful parade and a few of its supporters.