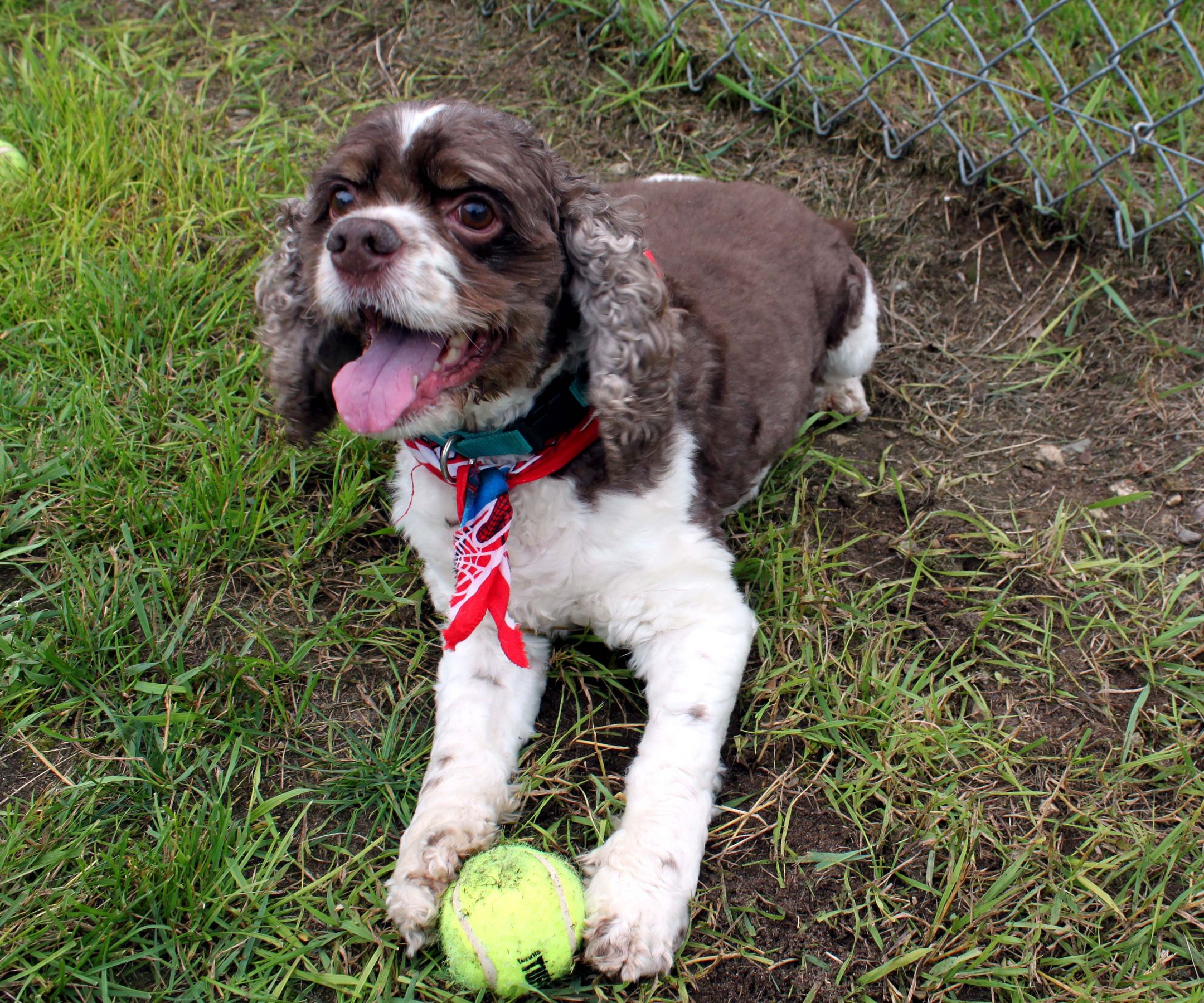 Cars were parked along both sides of Industrial Drive leading to the Barry County Animal Shelter in Hastings during a well-attended Open House Saturday from 10 a.m. to 1 p.m.

“The flow of visitors was very steady from 10 a.m. on,” shelter Director Ken Kirsch said.

The day, sponsored by the Barry County Animal Shelter Advisory Committee, the suggestion of member Tim McGavin, was to showcase the facility to the public.

“I got to meet at least 25 different people and had some great discussions. Several county commissioners and the mayor of Hastings were here, I was happy about that.

“Tim and the volunteers did an awesome job; they went above and beyond and blew away my expectations. It was wonderful. We’re hoping to make it a semi-annual or annual event,” he said. 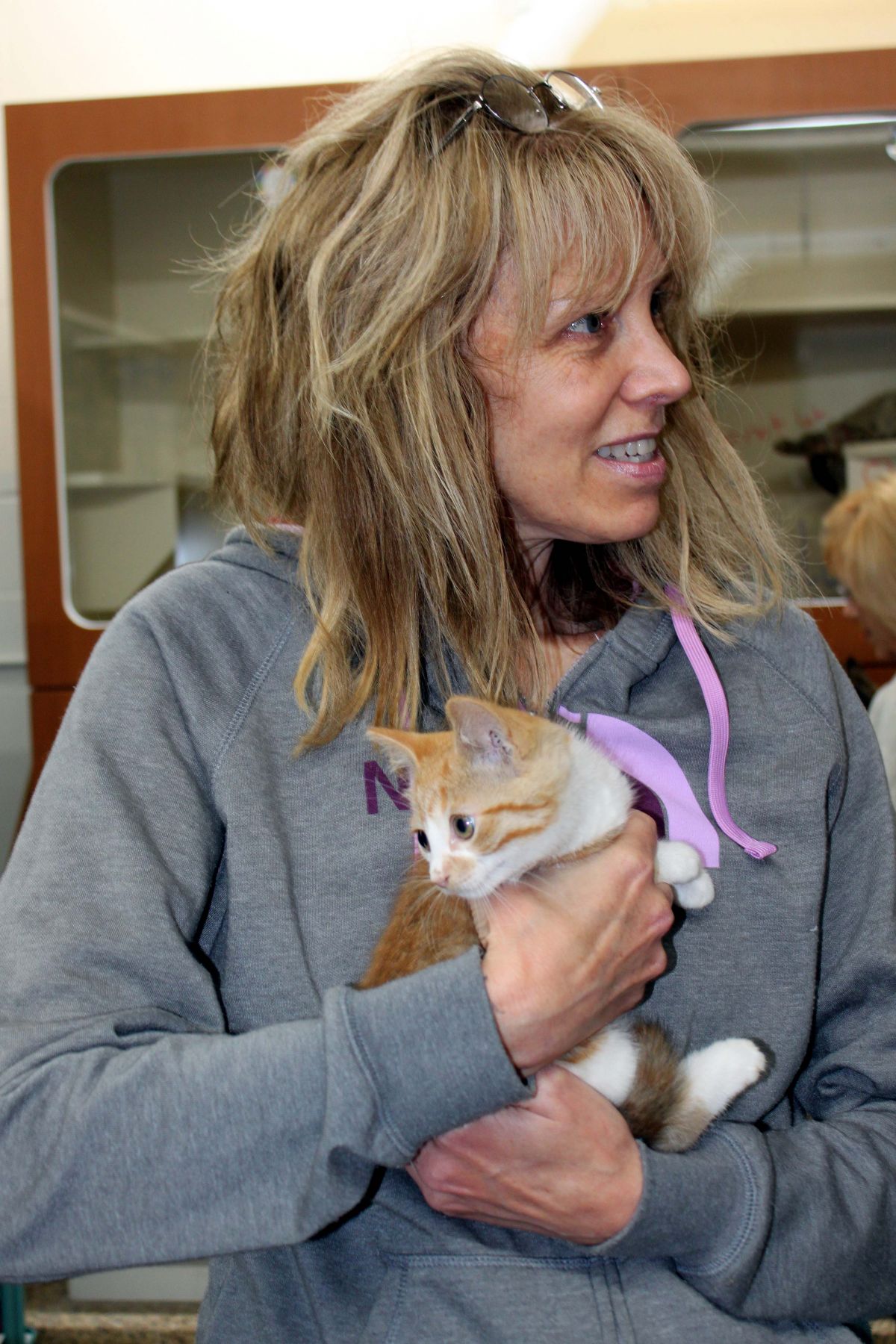 Photos: (upper left) Everyone at the shelter loves Freckles, the Cocker Spaniel. Freckles, who is ready to be adopted, holds his ball and waits for a volunteer or visitor to play fetch during the Saturday open house.

( left) Vicki Mackellar, from Middleville, meets a kitten during the open house at the Barry County Animal Shelter Saturday. 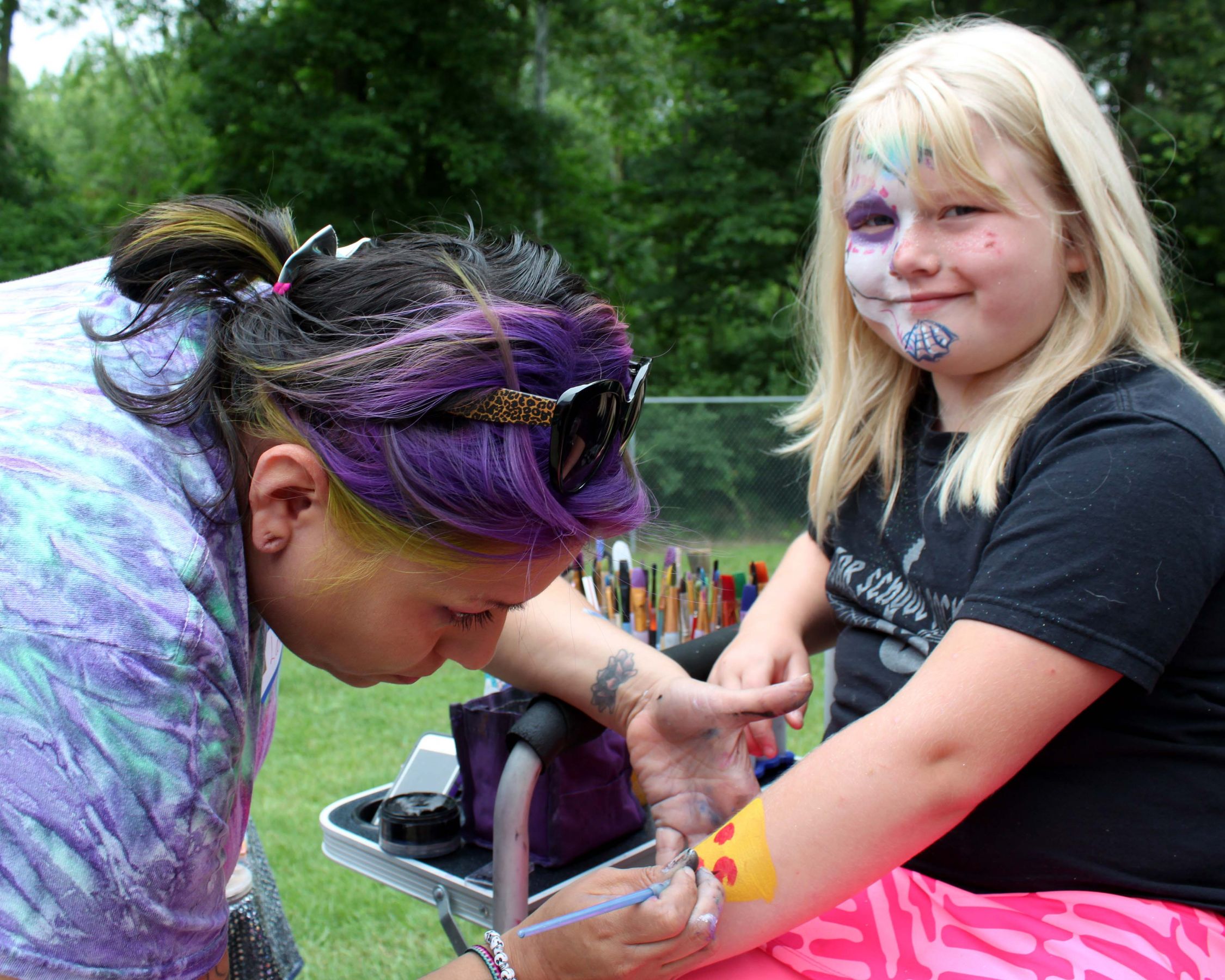 ( left)  Refreshments, beverages, popcorn and prizes were part of shelter’s open house Saturday. Face painting, too.  Lana Holguin, who has been painting faces, and arms, since she was 13, decorates Roxanne Harrison. Both are from Hastings.