The Hastings Police Cadet Program is designed to build character, develop pride and integrity, to give back to the community and become responsible adults. The program teaches young people the basics of policing, but not necessarily to find future police officers.

“It gives practical experience…it shows the importance giving can be in the community, with officers giving a little extra,” Police Chief Jeff Pratt said.

Cadet Carson Winick sees it as being meant to be. “I knew from the age of five that I would be a policeman. I knew the program was going to get me on track,” he said. “I just love the work. I did the lessons and went on more than 100 ride-alongs.”

The new cadet program started when he was a freshman at Hastings High School and fit right in with his life plan, influenced by his late grandfather George Winick, a 30-year veteran of the Hastings Police Department. Going into the program with desire and strong commitment, Carson is one of the few cadets who were given exceptions to the two-year limit for being a cadet.

“We can see the differences in kids, that’s why we made an exception with Carson,” Pratt said.

Carson won awards all four high school years, earning the “Iceberg Award” in his freshmen year, the “Most Improved Cadet” as a sophomore, the “Leadership Award” in his junior year and “Cadet of the Year” this year.

Carson, 18, is the son of Katie and Nathan Winick of Hastings. Sister Abby, 16, rounds out the family. He said his parents know that it is a dangerous job but have come to accept that he will be in law enforcement. At the same time, they’re proud of him for following in the footstep of his grandfather, he said.

“Hastings is where I want to be. I gave it a lot of thought. I know everyone. I live in the city, I like the city. It’s going to be awkward…you have to make split decisions; what if it’s my friends or family? They have to know you’re just doing your job; they don’t know what officers go through behind the scenes.”

His focus is always on respect.

“If you give respect, you get respect. Not every time, but typically that’s the way it works.”

“When I'm working with the public or volunteers, its absolute professionalism. I know when I have on my cadet uniform, I represent the city police.”

Shortly after Pratt was made chief four years ago, Sgt. Kris Miller made the suggestion for the cadet program. “I asked him to put something on paper with his thought process and what he wanted to see. “It’s really been a winner; it’s a lot of time and effort, but it’s a very positive program. Kris is really good at mentoring the kids.”

“I think for the most part, it worked like I thought it would,” Miller said.

Carson was one on the youngest cadets, and said it was not easy in the beginning, with his peers giving him a hard time about being in the cadets, but it taught him mental toughness. “It helped that Kris would come to school on the noon hour and kind of advertise the cadet program.”

“Kids at school, especially the high school, have a tendency to give kids some grief, that’s why the lunch visits,” Miller said.

The girls in cadets, “got the same treatment as boys, but we're kind of a family and we’re there for each other,” Carson said. The other students attitude has changed over the life of the program as, “people see what the kids are doing,” Miller said.

Carson will get his associate’s degree in applied science in law enforcement from KCC in spring of 2019, and has already signed up for classes. He plans to apply to the Hastings department as soon as he gets completes the police academy.

Miller said it was fun to watch Carson maturing from a skinny freshmen into the confident young man he is today. “Carson is one of the best cadets we’ve had,” he said. “I look forward to working with him.”

“I think he’ll be a good officer,” Pratt said. “I’ve known him his whole life and I worked with his grandfather. We would be honored if he came back to work with us.” 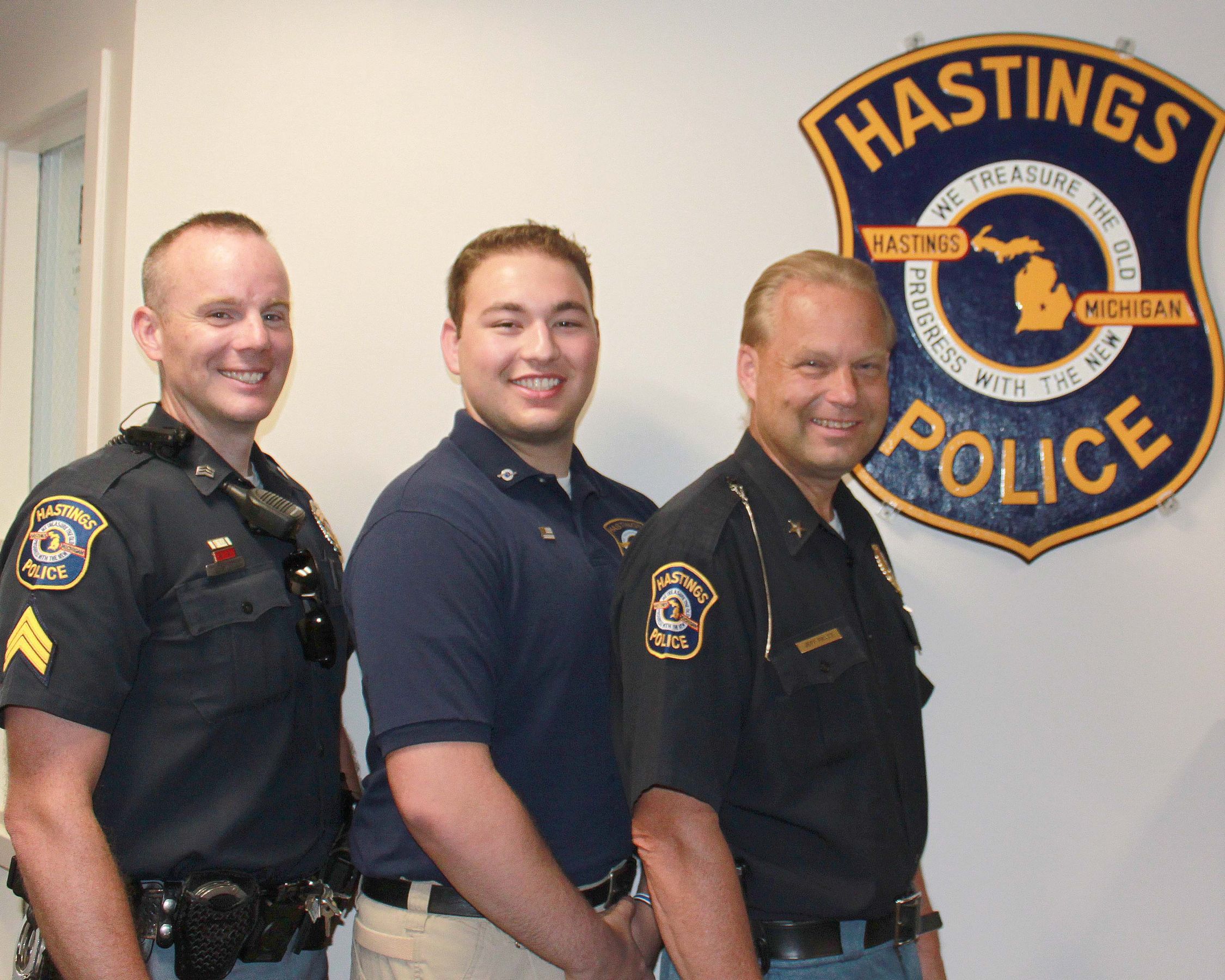