The Ionia County Sheriff’s Office reports deputies were dispatched to the intersection of Jordan Lake and West Clarksville roads for a personal injury crash Wednesday morning at 6:58 a.m.

Deputies determined that an eastbound sedan driven by a 19-year-old woman from Ionia County ran the stop sign and collided with a northbound pickup truck driven by a 53-year-old Barry County man.

The pickup truck rolled over multiple times and items from the truck were embedded in the side of a nearby residence.  The woman driver was transported to Grand Rapids for non-life threatening injuries.  Officials did not release names of those involved.

Dense fog in the area is believed to have been a factor in the crash; seatbelts were used and alcohol is not believed to be a factor. The sheriff’s office was assisted at the scene by the Michigan State Police, Lake Odessa Fire Department, Life Ambulance, Ionia County Central Dispatch, and Reed and Hoppes Towing. 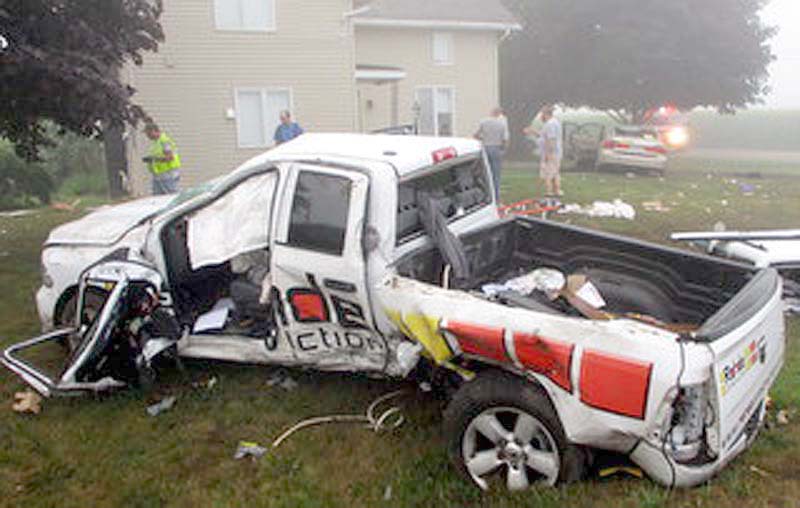 The Hastings man’s pickup shows the results of the roll-over crash. 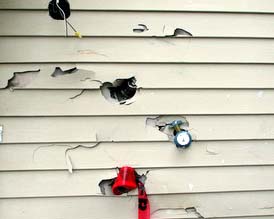 Things flying out of the pickup truck were embedded in the side of this house.