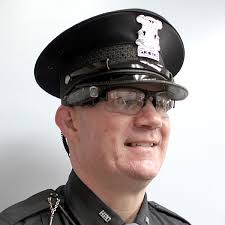 In May of 2017, Brown sued the City of Hastings for up to $500,000 alleging fellow officers and the mayor at the time violated his civil rights by making insensitive remarks about African Americans after he learned through an Ancestry.com DNA search that he was 18 percent sub-Saharan African.

In the settlement, Brown was paid $65,000 by the city’s insurance company for emotional distress caused by physical sickness and is payment for any and all claims, damages and attorney fees.

Brown also agreed not to seek or apply for a position with the City of Hastings at any time in the future.

“This agreement is not an admission of liability by the released parties and is being undertaken solely to avoid the cost and uncertainty of litigation,” the agreement reads.

Brown, who was with the department for 20 years,  said after he told the officers he worked with that he was part African American, they taunted him, calling him “Kunta” and saying “Black Lives Matter” when passing him in the hall, causing him humiliation and distress.

In its response, the city alleged that in the past, Brown himself often made derogatory comments about African Americans, joked about his race and brought up the topic to other officers.

“Suffice it to say that the process to resolve these matters is less than perfect, so the outcome of the process is less than ideal,” Mansfield said. “But, the City Council agreed that entering into this mediated settlement agreement would allow the City to focus its efforts and resources on more productive endeavors in the days ahead.”