Rick Krouse was honored by the City of Hastings at his retirement from the Hastings Department of Public Services and Assistant Fire Chief in the Hastings/BIRCH Fire Department. Mayor David Tossava presented Krouse with an official Proclamation from the city recognizing his long service and dedication to the city and its residents during a retirement get together at the city garage Friday afternoon.

A volunteer firefighter since Aug. 1984, Krouse was promoted to lieutenant in March 1994, and made assistant fire chief in March, 1996. He chaired of the Barry County Fire Association and oversaw Firefighter I and II training.

At the city council meeting Tuesday, Tossava recognized other city employees who have reached significant milestones in their service.

Each received a certificate of appreciation from the city: 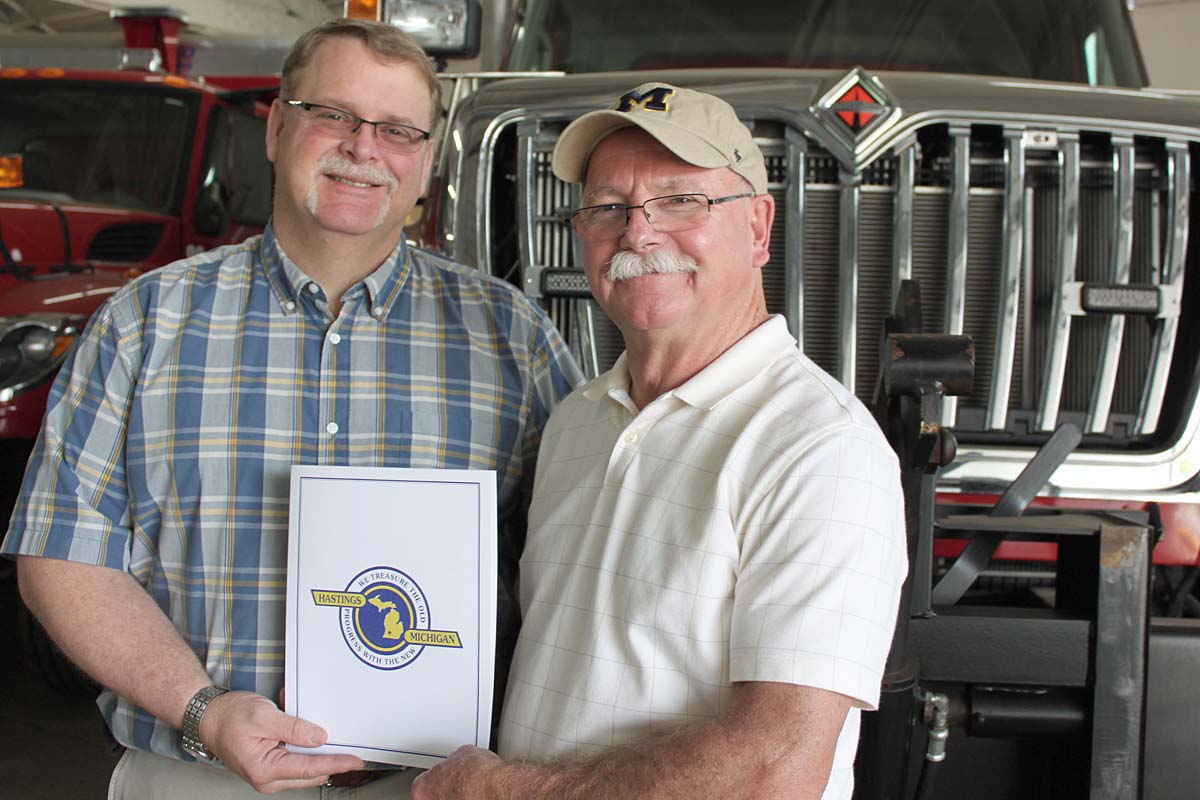 Rick Krouse, left, accepts an Official Resolution from the City of Hastings honoring him for his long service to the city. Mayor David Tossava presented it to him on his retirement from the Hastings Department of Public Services and the Hastings/BIRCH Fire Department.