Posted About Three Years Ago by Jean Gallup

William Thomas Travis, 22, the suspect in the  carjacking spree was arraigned today in 57th District Court on felony charges of home invasion, attempted murder, felonious assault and carjacking. He is being held at the Allegan County Jail on about $650,000 in bonds. 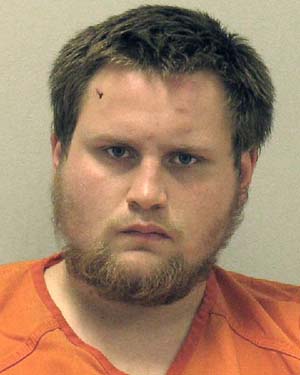 UPDATE:Today several felony charges have been issued for the suspect in this case and more charges will be forthcoming.  His name will not be released until he is arraigned which is scheduled for Thursday at 1:30 p.m. in the 57th District Court,according to the Allegan County Sheriff's Office.

ORIGINAL STORY:The Allegan County Sheriff’s Office has released preliminary information on a situation involving a suspect in a car stealing spree in Martin, Hopkins and Wayland and threatening homeowners with an assault rifle in Manlius Township.

A news release from the sheriff’s office said the suspect first stole a vehicle in Martin Saturday (June 15) about 7 p.m., later abandoned it and then stole another from the Wayland area, crashing it in the Hopkins area. Deputies tried to track the suspect with a K-9 but were unsuccessful, the news release said.

This morning, Sunday, around 7 a.m. the suspect car-jacked another vehicle while armed with an assault rifle. He was reported in the 128th Avenue and 56th Street area in Manlius Township shooting at houses. He entered a residence and held occupants at gunpoint while he tried to steal another vehicle.

Deputies confronted the man as he was leaving the residence in the family’s car. He refused to obey commands and was heading back into the house when deputies engaged him in gunfire. The suspect was injured and transported to the hospital. No deputies were injured according to the release.

“At this time the information is preliminary as the investigation is underway,” officials said.