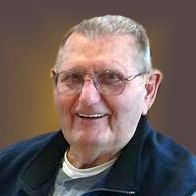 ack Nelson Lambka, age 88, of Hastings, died on March 3, 2019 in Middleville, Michigan.  He was born in Battle Creek, Michigan, the son of Roy and Sydona (Jennings) Lambka.  He graduated from Battle Creek Central High School.  He married Beverly Fountain on March 4, 1950.  He honorably served his country in the US Airforce, stationed in England.  He worked at E. W. Bliss Company for 25 years and The Viking Corporation for 15 years.

Jack was passionate about cars, built dune buggies, and was the president of the Corvette Club in Battle Creek.  He loved doing woodworking and building.  He built 2 houses and remodeled one.