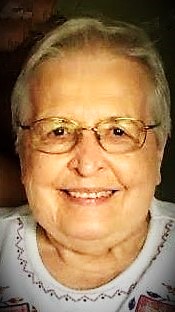 Phyllis Olmsted (nee Schmidt, formerly Kaufmann), 93, transitioned peacefully from this life to her next adventure on August 1, 2019.

She was born in Belle Fourche, South Dakota to August and Josephine (Kapsa) Schmidt and lived in the Black Hills area through her college years. Phyllis graduated from Black Hills Teacher’s College (now Black Hills State University) with a teaching certificate and then taught in Casper, Wyoming for three years until marrying Richard Kaufmann of Mt. Clemens, Michigan.  They made their home in Mt. Clemens, had three children - Kathy, Nancy, and Tom - then moved to Hastings in 1958.  The marriage ended in 1969. In 1964, Phyllis achieved her BS Degree from Western Michigan University in order to begin teaching again.  That fall, she began teaching Second Grade at Northeastern School and continued in that capacity until her retirement in 1984. On June 10, 1978, Phyllis and Clare Sylvan (Hank) Olmsted were married and enjoyed 27 years of love and partnership until Hank’s death in 2005. After her retirement from teaching, Phyllis became an active volunteer and participant for many years in many organizations including the Barry County Retired School Personnel, Thornapple Garden Club, Friends of the Hastings Public Library, Pennock Hospital Volunteers, and Red Cross Blood Drives.

A Celebration of Love will be held Wednesday, August 21st, with 4 pm graveside services at Fuller Cemetery, N. Charlton Park Rd. followed by a light supper at Welcome Corners United Methodist Church, N. M-43.  In lieu of flowers, please consider a memorial contribution to the Hastings Public Library or Thornapple Garden Club or the charity of your choice.  Arrangements by Girrbach Funeral Home.  To leave an online condolence, visit www.girrbachfuneralhome.net.