Laurence Eldon Conklin, a man known for his love of family, sparking a good laugh, and traveling the world with friends and family, took a peaceful journey to heaven on Tuesday, August 6.

Friends and family are invited to a celebration of Larry’s life to be held at 11:00 AM Saturday, August 17, at Cedar Creek Bible Church, 9213 Cedar Creek Road in Delton. 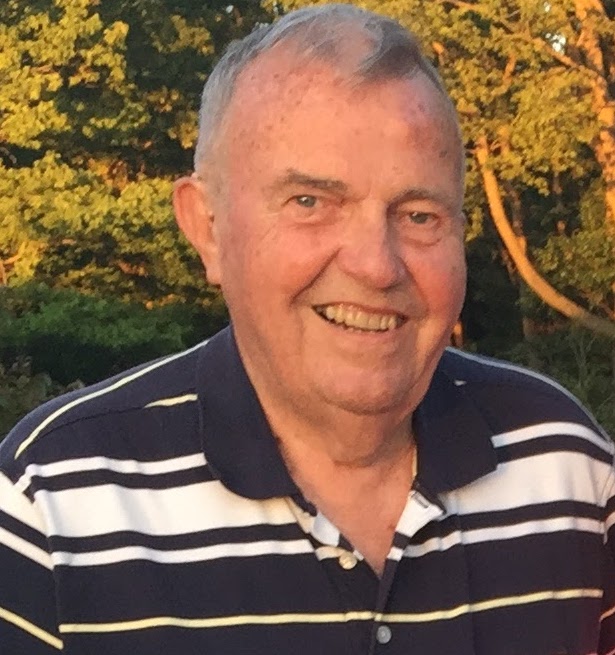 What follows is a short synopsis of his fun-filled life as reported by Larry, who admitted to a history of “stretching the truth.”

Born March 11, 1931, in a Dowling snow bank, Larry survived a bout of polio at a young age to become an accomplished runner in high school.

After marrying Dorothy Adams on September 7, 1952 and later having two daughters, Larry supported his family as a barber and working factory jobs, including “running” Kellogg’s in Battle Creek. He also helped Dorothy and her daughters run River Bend Travel Agency, Heart’s Desire Gift Boutique and the Back Door Deli in Hastings.

Known for his harmonica and singing voice, but not always in a good way, Larry turned to the Bible as a defense. “The Lord said make a joyful noise. He didn’t say it had to sound good to others.”

Raised eyebrows were always a giveaway that Larry was beginning a tall tale or joke. He also loved getting laughs in other ways, including one time while enjoying coffee at a diner. He suddenly looked at his watch, said he had to go and proceeded to pour his cup of coffee into his shirt pocket, which he had lined with plastic.

By far Larry’s favorite pastime was spending time with family and friends at baseball games, auto racing events, playing pool, and simple family get togethers. He traveled the world with Dorothy, escorting travel agency trips and was often pictured holding her purse as she took the group photos. He said his family “was about the only thing I am proud of.”

Larry passed away after a brief illness that family blamed on the poor effort of his beloved Detroit Tigers. He was 88. At Larry’s request, his body has been cremated.

Larry is survived by Dorothy, his wife of 66 years; daughters Lou Ann (Colin) Cruttenden and Connie (Marty) Haywood, all of Hastings; brothers Charles Conklin, of Dowling, and Robert Conklin of Hastings; four grandchildren, Tim Cruttenden and Kelli Cruttenden, Jeff Haywood and Sabrina Christy; and seven great grandchildren. He was preceded in death by his parents Leslie and Agnes Conklin and sister Hazel Skidmore.

Family asks that donations be made in Larry’s honor to Spectrum Health Hospice and Cedar Creek Bible Church.  Arrangements by Girrbach Funeral Home.  To leave an online condolence, visit www.girrbachfuneralhome.net.