Posted About Two Years Ago by Daniels Funeral Home 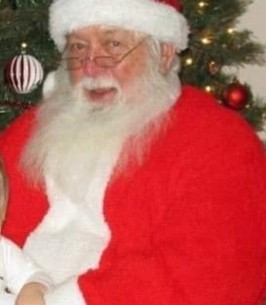 Mr. Lester "Santa Grandpa" Altoft, age 86, of Nashville passed away Saturday, May 30th, 2020 at his home surrounded by his loving family.

Lester was born in Hastings, MI on February 27, 1934, the son of the late Alfred (Evelyn) Altoft and Minnie Hinckley.

He remained in the Hastings area after graduating from Hastings High School in 1952. Shortly after completing high school, Lester enlisted in the United States Army where he served faithfully before being honorably discharged in 1958.

Lester spent his working career employed at E.W. Bliss and General Motors, where he worked for over 25 years before retiring.

On August 27, 1971, Lester married the love of his life and best friend Lorraine (Goforth) Altoft. The couple made their home together in the Hastings area where they raised their family. Lester and Lorraine had celebrated 48 years of marriage when Lorraine passed away in January 2020.

Along with spending time with his family, Lester enjoyed camping during the summer months and riding snowmobiles during the winter. His signature snow-white beard helped earn him the annual role of playing Santa Claus during Christmas and the nickname "Santa Grandpa". He also enjoyed hunting, fishing, mushrooming, and cheering on Lakewood sports whether his grandchildren were participants or not.

He was preceded in death by his beloved wife Lorraine, daughter Denise Welch, son Jon Altoft, his brothers Albert, Charlie, and Ray, and his sister Esther.

Friends and family may pay respects Wednesday June 3, 2020 during the entire afternoon and early evening hours from 1pm - 7pm on an individual or small group basis observing guidelines of the current executive orders.

Graveside Servies will be held at 12 noon on Thursday, June 4th. Lester will be laid to rest next to his beloved wife Lorraine at the Wilcox Cemetery in Nashville, MI. with military honors provided by the United States Army.