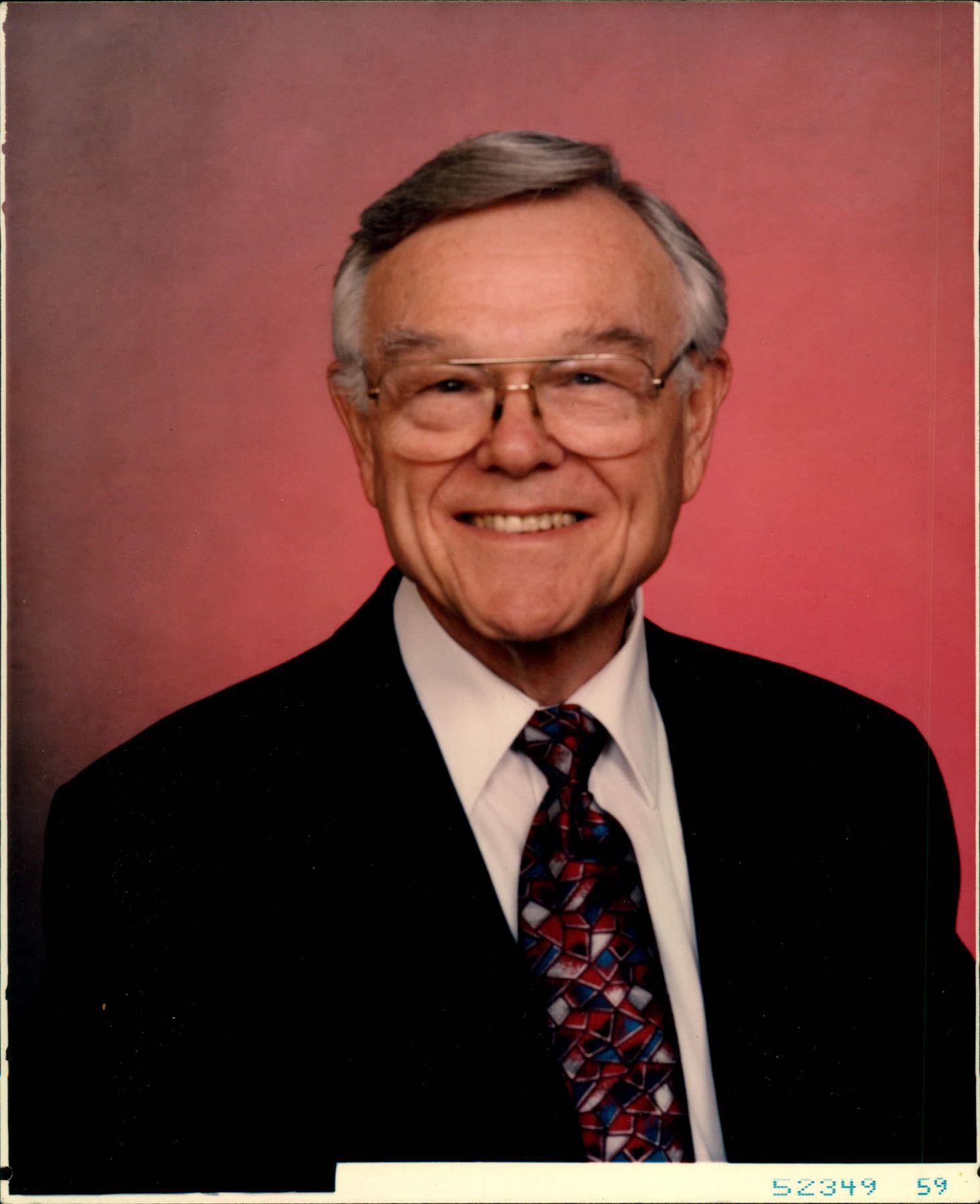 Dr. Jack L. Tromp was called home to glory to the waiting arms of his Lord and Savior on June 27, 2016 surrounded by his loving family.
Jack was born April 9,th 1923 in Grand Rapids. He graduated from South High School. He enlisted in the Army at Kalamazoo, Michigan, December 1st 1942. He served as a 2nd Lieutenant in the Army Air Corps from June 27th 1944 to October 19th 1945.
Upon returning home, he graduated from Calvin College and went on to receive his MD from Marquette Medical College. He married Helen E. Richter on July 2,nd 1948. Jack and Helen moved to Lake Odessa in 1953 where they raised their four children and Jack began his medical practice. He lovingly served his community for 42 years and considered his patients his extended family.
He enjoyed woodworking, working in his yard, flying airplanes, and loved the Detroit Tigers.   He was preceded in death by his wife Helen of 63 years, his parents, John and Fannie Tromp, sisters Roberta VanderVlist, Coral Visser, and Francis McCluskley. Also preceding him in death was his brother Woodrow, and great grandson Fletcher Lee Cole.  Surviving are his children Nancy (Jeff) Booi, Kathy (Jim) Stowell, Terry (Luann) Tromp, and Tim Tromp, 9 grandchildren and 8 great grandchildren. Also surviving are his sisters, Marion Word and Eleanor (Richard) Verlee, and many nieces and nephews.
Visitation with the family will be at Koop’s Funeral Chapel in Lake Odessa on Wednesday, June 29th from 2-4 and 6-8pm, and 9:30-10:30 prior to the service at Lakewood United Methodist Church.
Funeral services for Jack will be conducted at 11 am Thursday, June 30, 2016 at Lakewood United Methodist Church, 10265 E. Brown Road, Lake Odessa.  Interment in Lakeside Cemetery.
Memorial contributions in Jack’s name may be directed to the Living Stones of Lakewood United Methodist Church or Great Lakes Caring Hospice of St. Johns, MI.
To share a memory or place a tribute please visit www.koopsfc.com