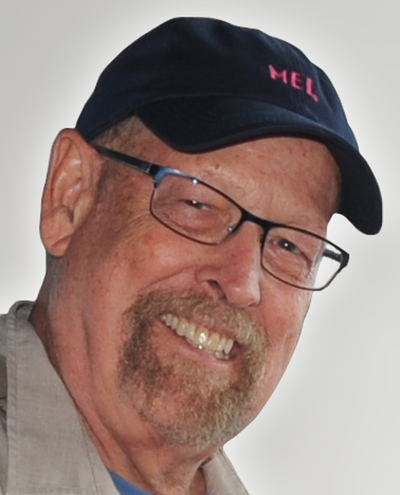 The characteristics that we, his family, will most remember Michael for are his integrity, humor, forbearance, environmental stewardship, and commitment to God and his family.

Michael Edward Stifler was born on May 8th, 1949, in Dearborn, Michigan to his mother, Winola Marie Stifler (Auiler), his father, Edward Reese Stifler, and two older brothers, twins Gerald and Donald. His father and brothers inspired his love for the Detroit Tigers and golf, and he inherited his wit and self-possession from his mother Winnie. He graduated from Dearborn High School in 1967, and attended the University of Michigan, graduating with undergraduate and master’s degrees in Civil and Environmental Engineering in 1972.

He started his career in environmental protection in 1973, and soon after, met and fell in love with Linnea Peterson. They got married in October 1974, and lived first in Mason and then in Cadillac, Michigan. To their three children, Luke, Daniel, and Britta, Michael was an active, present, and loving father who coached soccer, played catch, attended orchestra concerts, read books, listened and taught, encouraged his children’s interests, and modeled a life of faith and tolerance.

Michael’s work for the Michigan Department of Natural Resources and Department of Environmental Quality focused on watershed protection, compliance efforts, and spill response. He retired in 2010 after a 35-year career with the DNR/DEQ. Michael loved to spend free time in nature too—gardening, biking, playing golf, camping, and hiking along Michigan’s rivers and lakes. He also enjoyed visiting his kids and grandkids, woodworking, listening to music, and brewing and drinking beer.

After retirement, he and Linnea left Cadillac for Linnea to pursue her calling as an Episcopal priest at St. Martin of Tours (Kalamazoo) and then Emmanuel Episcopal Church (Hastings). Michael was a beloved and involved part of his church communities. He volunteered with several organizations to feed and house his neighbors, and he served on the board of the Barry County Conservation District. In 2020, Michael was diagnosed with pancreatic cancer and died after a year of treatment and illness that he endured with characteristic grace and courage.

Memorial contributions can be made to the Solar Array project at Emmanuel Episcopal Church (checks may be sent to 315 W. Center St, Hastings, MI 49058) or to the Watershed Center Grand Traverse Bay. https://www.gtbay.org/giving-opportunities/memorials-and-tributes/.