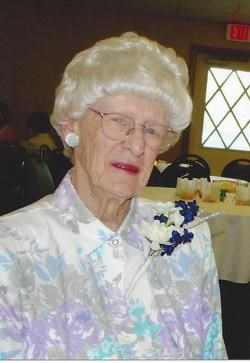 Ilene Anna Seeber
Age 95,of Hastings passed away on March 18, 2016 in Middleville, Michigan. She was born on December 21, 1920 to John Charles and Nellie Belle (Bagley) Cappon in Prairieville, Michigan. She loved gardening, playing bridge, or cards of any kind, with family and friends, traveled and did volunteer work at Spectrum Pennock Hospital. She enjoyed walking and walked the Mackinac Bridge when she was 76 years old. She was an avid bowler. 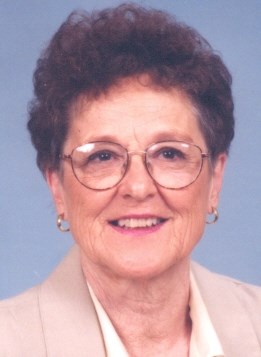 Agnes M. Hollister age 88, of Hastings passed away on March 5, 2016 at Thornapple Manor.

She was born March 15, 1927 in Hastings to and graduated from Hastings High School in 1945. Harry B. (Zip) and Mary Ellen (Brooks) Thompson

Agnes was married to Robert Hollister for 25 years with whom she had two children.

She worked for Pennock Hospital in Hastings as a Ward Clerk and retired as a Secretary from Perfected Grave Vault in 1992.

She was a 4-H Dog Obedience Leader, a Deacon at the First Presbyterian Church of Hastings, and a member of the Church Circle and the Hospital Guild. She enjoyed reading, music, dogs, especially Airedales, playing bingo, and spending time in the courtyard at Thornapple Manor and watching the hummingbirds there.

Agnes loved life, her family and friends. This included her new family that she loved, and who loved her, at Thornapple Manor.

Her family would like to thank the staff of Thornapple Manor for their kind and compassionate care during her stay there.

In lieu of flowers the family has asked that donations be made in Agness name to Thornapple Manor 2700 Nashville Rd, Hastings, Michigan 49058, Great Lakes Hospice Foundation P.O. Box 55, Jackson, Michigan 49204, or the American Stroke Association www.strokeassociation.org.


Please share condolences or a memory with Agnes family at www.lauerfh.com. 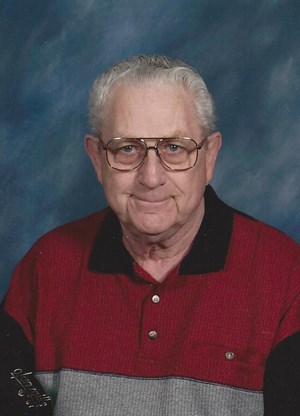 He was born August 27, 1933, in Nashville, MI, the son of Azor and Lela (Frank) Leedy. He entered the Naval Reserves in high school, and graduated from Nashville High School in 1951. He began his career with the Kellogg Company in Battle Creek in 1952, and served active duty from 1954 to 1956. He returned to work at Kellogg Company after active duty, retiring from the engineering department in 1989.

He married Loretta J. (West) Leedy on May 16, 1953 in Nashville. She preceded him in death in 2002. Also preceding him in death were a son, Linden, his parents, and sisters Maxine Leedy and Mildred Hose.

Also surviving are two daughters, Lorie (Ken) Nierman and Letitia (Matthew) Seng, both of Battle Creek, step-daughter Deborah Snyder of Hastings, step-sons Bradley (Vikki) Ingram of Waynesboro, VA and Eric (Sherrie) Ingram of Hastings, 17 grandchildren, 25 great-grandchildren, and one great-great grandchild. He will be dearly missed by many as a loving husband, father, grandfather and friend.

His love of drafting and design extended beyond the workplace into home remodeling and woodworking projects, including furniture, outdoor landscaping and large remote control airplanes.

Funeral services will be held Saturday, March 12, at 1:00 pm at the First Presbyterian Church of Hastings with Rev. Dan Birchfield officiating. The family will receive friends one hour prior to the service. There will be a luncheon following the service. Interment of cremated remains will take place at a later date.

Arrangements by Girrbach Funeral Home, please visit our website at www.girrbachfuneralhome.net to sign the online guestbook or to leave a memory or message for the family