William “Bill” Henry Astle, Jr, passed away peacefully at home in Otsego, Michigan, November 17, 2016, wrapped in the love of family and friends, and in the care of Allegan Wings of Hope Hospice. Bill was 82.

Bill was born January 11, 1934, in Camas, Washington, the third child and first son of William “Butsy” Astle and Catherine “Vonnie” (Furlotte) Astle. By the age of 3 he and his family moved to Plainwell, Michigan, where his Dad was as a foreman at the paper mill. Bill was President of his Senior Class and an all-star athlete in basketball, baseball, and football. In 2012 he was honored to be inducted into the Plainwell High School Athletic Hall of Fame.

Bill spent 4 years in the Air Force, and then attended Western Michigan University. He married Sally Bowers in 1963 and is blessed with 4 daughters. Bill was an art director for International Paper Company and a purchasing manager for Flexfab, which brought him to Hastings in the 80’s. He left the business world to be Resident Manager of YMCA Camp Manitoulin for 14 years, which he said was the best job he ever had. He married Judy Hughes in 1996 and in retirement continued working for Amway, Camp Henry and Heifer International. Judy and Bill returned to Michigan to live in Otsego in 2008.

Over the years Bill was a member at Lutheran, Methodist, Baptist, Episcopal, and Presbyterian churches. He was passionate about the outdoors: skiing, cycling, backpacking, and photography, and became an avid adaptive skier and cyclist since 2004, conquering Hemlock in a monoski at his beloved Timber Ridge dozens of times. 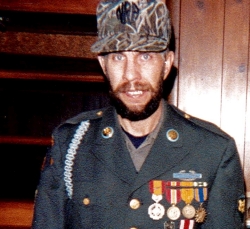 Donald attended country school at Doud, Hinds, Hastings Middle School and Hastings High School, graduating in 1964. Shortly after graduation, Donald was drafted into the Army. He proudly served his country in Vietnam 1966 - 1967 where he sustained a severe back injury being hospitalized at several overseas locations before being transferred to Walter Reed Hospital in Washington D. C.. Donald was honorably discharged in 1968 coming home in a full body cast. He earned the rank of Specialist E-4 and he received many medals: the Air Medal, the National Defense Service Medal, Vietnam Service Medal, the Republic Vietnam Campaign Medal with device 1960, the Combat Infantryman Badge, and the Sharpshooter (Rifle M-14).

After returning from Vietnam, Donald was employed with John Rodgers Construction and worked for Lester Monica. In 1970, Donald was employed at the United States Postal Service in Hastings, as a City Letter Carrier (Mailman). Donald retired after thirty one years - four months of dedicated service in 2000, the first ever recipient to receive the highest Postal Service POTS (Part of the Solution) Award designed to honor employees with exemplary service. His job of City Letter Carrier required him to walk an average of fifteen miles a day. Donald never missed a day of work.

Donald was raised on the family farm in Hope Township where he learned respect for the land and a solid work ethic. He was involved in FFA in high school. Donald enjoyed hunting, fishing, and traveling to his cabin up north. He carried on the family tradition of celebrating July 4th (his father’s birthday after he passed away) for the family members. He really enjoyed the family and loved his nieces, nephews. He called them his children. Donald was a life member of the Delton VFW Post 422 and a life member of the NRA.

Donald is survived by Bessie Easey, his life companion of thirty nine years, two sisters: Shirley (Robert) Case and Irene Lake of Hastings, a sister in law: Marie Hammond, several cousins, nieces and nephews, and he loved his cats. Donald was preceded in death by his parents, a brother: Claude Edison Hammond and a brother in law: William A. Lake.

Memorial contributions to Barry Community Hospice or Pleasantview Family Church will be appreciated.  Please visit www.williamsgoresfuneral.com to sign the guest book, share a memory or to leave a condolence message for Donald’s family. 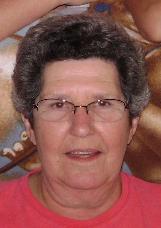 Sherry was born September 20, 1946 in Hastings, the daughter of John Lewis and Hazel E. (Heacock) Gutheridge. She graduated from Hastings High School. Sherry worked at Pennock Hospital for over 40 years. She started as a nurse's aide and her last position was unit secretary.

Sherry enjoyed camping, traveling, spending time with her grandchildren, feeding and watching the birds and occasionally a trip to the Casino. In her high school years she was very involved in the marching band and played the clarinet. Sherry was also a member of the Living Waters Church in Hastings.

She was preceded in death by her parents, and two sons, Randy and Raymond VanWie.

In lieu of flowers, memorial contributions may be made to the American Cancer Society or Living Waters Church.