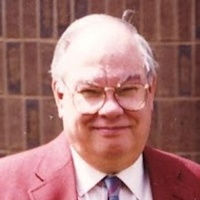 Born June 14, 1937 at LDS Hospital in Salt Lake City, Utah to Theron George Gibson and Lorna Grace Carter Gibson. Died April 19, 2018 in Spanish Fork, Utah. He lived and attended schools in Los Angeles and Long Beach, California from 1938 until 1966. He lived in Sunfield, Michigan from 1966 until 1973 and then in Hastings until 2017 when he moved to Spanish Fork, Utah. He was married to Dawne Irene O’Connor on February 14, 1964. They met when they both were working at ITT Gilfillan in Los Angeles.

He worked at TRW Automotive in Portland, Michigan for thirty one years, retiring in 1997.  He served on the Sunfield Village Council and as Village President. He was a lifelong member of The Church of Jesus Christ of Latter-Day Saints. He was the first branch president of the Hastings Branch. He worked for many years in the Cub Scout and Boy Scout programs.

A family memorial service will be held. Burial will be at the Riverside Cemetery in Hastings, Michigan. In lieu of flowers, donations may be made to the Brad and Karin Johnson Scholarship Fund,  Hastings Educational Enrichment Foundation, 232 W Grand St., Hastings MI 49058. To leave online condolences visit www.girrbachfuneralhome.net. Services provided by Girrbach Funeral Home, Hastings, Michigan.