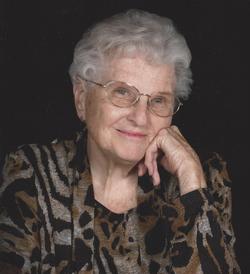 She was born July 13, 1924 to Charles and Fern (Forman) Pease, in Scottville, Michigan, the second of four children.

She graduated from Hastings High School in 1943. Elsa married Lawrence Jordan right after world war II, he preceded her in death in 1965. Later in life she married Joseph Taylor which he also preceded her in death, as did her brother, Ellsworth Pease  and sister Genevieve Hall.

During WWII Elsa worked at Tyden Lock and Seal and later was among the first group of nursing assistant at the Medical Facility (Thornapple Manor) until 1965.

Elsa hobbies she enjoyed, consisted of ceramics, flowers, and crafts for church bazaars.

Barbara A. Thornburgh passed peacefully on December 20, 2016 after a long and very courageous battle with cancer.  Barbara was born to Clarence and Anna Cairns in Hastings, MI on May 23, 1937.  Barbara and her brother, Lee grew up on a family farm in Hastings, MI. Barb graduated from Hastings High School in 1956.  After high school, Barb went on to Michigan State University.  While attending the university and attending church, a friend introduced her to her future husband, Glenn O. Thornburgh. They married in November of 1957.  Together, Barb and Glenn shared three children, Mary, Rob and Lisa. 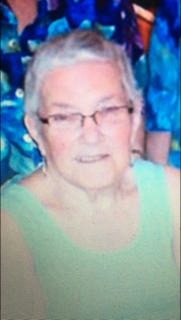 Barb spent her younger years involved in 4H and was active in the family farm where they raised sheep and dairy cattle.  She showed sheep at the local fair and continued to be active in and support the 4H program as an adult.  She was a 4H leader and served as the secretary for the Barry County Fair Board and was active in many agriculture and community events.   Barbara had great love for the 4H program and  was proud in knowing many members of her family continued on in that tradition.  Barb was also an active member in the Quimby United Methodist church for many years. She played piano and supported the youth outreach programs.  In addition, she spent time knitting and crocheting.  She took great pride in making mittens for anyone who needed them and gave dozens of pair to Central Elementary School over the course of several years. She made sure several little hands stayed warm.  She also used this talent to make prayer shawls for donations to ailing community members and new babies.  She proudly acknowledged this work and made hundreds of them over the years.  Barb was a great seamstress.  She made wonderful dresses for her grand daughter Sarah.  She would sew and knit baby blankets, sweaters  and dress up clothing for the kids and helped make wedding dresses and bridal party dresses for most of her children. Barbara enjoyed working and playing at Creative Juices Pottery Studio and would shop for hours on QVC and loved her special lunchtime visits with her lady friends and staff at Wendy’s. She was flower enthusiast and could tell you numerous things about many types of flowering plants. She also was an avid bird watcher and shared this knowledge with those who would take time to learn. The thing that gave her the greatest joy was watching and spending time with her grandchildren.  At one time or another, she cared for each and every one of them. In her own words, “Being a Grandma is the best.”  She later stated that she was so grateful to have the privilege to watch them all grow and become adults and reach for their dreams.

Barbara was preceded in death by her parents, Clarence and Anna Cairns, her husband Glenn and recently by her youngest daughter, Lisa Hunter.  She is survived by her children, Mary Guy, Robert (Angela) Thornburgh and her son-in-law Joe Hunter, sister Judy . She had 5 grandchildren and 2 great grandchildren:  Joseph Hunter and Morgan Hunter, both of Seneca, South Carolina.  Adam Guy (Sammy) of Lake Odessa, Sarah Thornburgh of Washington D.C. and Ryan Thornburgh of Hastings, MI. Great Grandchildren Colton Guy and Emerson Guy. She is also survived by many special relatives and friends that include Barb’s brother, Lee (Ruby) Cairns and his family, Mary’s partner, Art Berthold, who provided special care and friendship to Barb, nieces, nephews and friends from church and community organizations.  Family wishes to thank the many special people who have visited with Barb in the time of her illness.

Barb is at the Lauer Family Funeral Home – Wren Chapel 1401 N. Broadway in Hastings where her family will receive friends on Tuesday December 27 2016 from 10 am until time of services at 11am

In lieu of flowers, the family would be honored to have you honor Barb with your donation to the Barry County Agricultural Society or local Barry County 4H programs.

Please share a memory with Barb’s family at www.lauerfh.com.

Darla Sue Cappon, age 57 of Hastings, went home to be with her Lord and Savior, Sunday, December 11, 2016. She was surrounded by her loving family at the time of her passing. 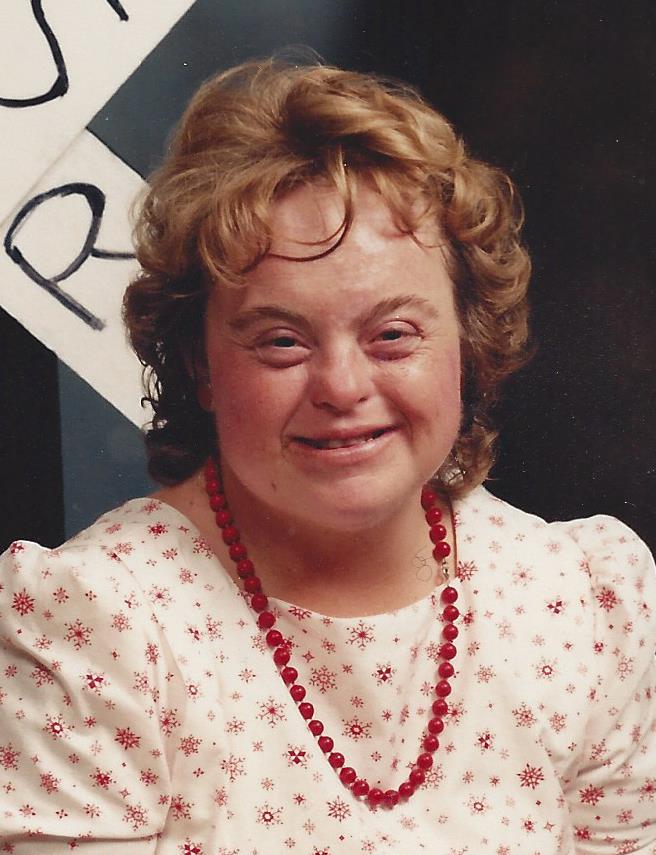 Darla was a member of the Hastings Baptist Church and dearly loved the Lord, her church family and attending church. She was a big fan of the "I Love Lucy" show, and enjoyed stamping homemade cards, latch hook rug making, swimming, riding her bike, and going out to eat. Darla loved her family and attending family gatherings, holidays and parties. She also enjoyed winters in Florida.

Darla displayed and gave unconditional Love to all those who knew her. She could light up a room with her infectious smile. Darla will be greatly missed by all who knew her.

Visitation will be held on Wednesday, December 14, 2016 from 6:00 pm until 8:00 pm at the Girrbach Funeral Home in Hastings. Funeral services will be held on Thursday, December 15, 2016 at 11:00 am at the Hastings Baptist Church, 309 E. Woodlawn Ave., Hastings, MI. A one hour visitation will precede the funeral service from 10:00 am until 11:00 am. Pastors Dan Currie and Matt Moser will officiate the service. Interment will take place at Rutland Township Cemetery.

In lieu of flowers, memorial contributions may be made to the Hastings Baptist Church, 309 E. Woodlawn Ave., Hastings, MI 49058, in memory of Darla.

Butch was born on March 25, 1943 in Troy, Michigan the son of Peter and Doris (Dwyer) Tossava. He attended Hastings High School, graduating in 1961. Butch married Carolyn Sue Wilson in April of 1964. She preceded him in death, after 39 years of marriage. Butch later married Margaret Pruett on January 22, 2011.

Butch was employed by Smitty's Gas Station in his early years, and also worked at Hastings Bookcase, General Motors, Northern Equipment in Grand Rapids and lastly for Chemical Bank as a currier.

Butch enjoyed fishing, golfing, working on cars, especially his 1928 Model A pickup, tinkering in his garage, woodworking, working in his yard, cooking, snowmobiling and spending time with his kids and grandkids. In his retirement years he enjoyed fishing with friends and family in the Hesperia area. Butch loved deeply and took great care of those he loved. He also loved helping anyone who needed it.

Butch was preceded in death by his wife, Carolyn Sue Tossava, parents, Peter and Doris Tossava, and brothers, Larry and Donald Tossava.

Memorial contributions may be made to the American Cancer Society and Spectrum Health Hospice.

Edith was born in Hastings, MI on September 2, 1921, the daughter of Charles and Celia (Cline) Tobias. She was raised in the Hastings area and attended local schools graduating from Hastings High School.Edith married her neighbor and high school sweetheart Carroll Newton shortly after her graduation on June 18, 1940. Carroll always said Edith had the blackest eyes he'd ever seen. They began their lives together in the Hastings area, and in 1964 moved to their farm in Charlotte. They lived in Barry Township, in Charlotte, and for the last 25 years at their farm in Hastings. The couple had celebrated 74 1/2 years of marriage when Carroll passed away in November 2014. Edith thoroughly enjoyed the role of homemaker and was a wonderful Mother and an excellent cook. Homemade noodles, pies of every kind, and Strawberry Shortcake were family favorites. In addition, Edith became a tremendous support to her husband’s 30 year political career. She participated in several organizations over the years including Michigan Farm Bureau, the local Grange, Extension, and the Hendershot School Chum Gang.Edith enjoyed being outdoors and was a skilled deer hunter. Her 13 point buck holds the family’s record rack for Whitetail deer. Throughout the years Edith kept a daily journal of the weather and events. Along with her husband, the couple traveled extensively throughout the United States visiting each state. Two of their favorites were Alaska & Hawaii. After Carroll retired, they purchased a home in Longboat Key Florida where they spent their winters making new friends and welcoming family and friends to visit and stay. Edith loved to socialize, play cards and go out to eat.


Memorial contributions can be made to the Hastings Chapter of the American Legion, the Barry County Commission on Aging or the Barry County Transit. Funeral arrangements have been entrusted to the Daniels Funeral Home in Nashville, MI. For further details please visit our website at www.danielsfuneralhome.net